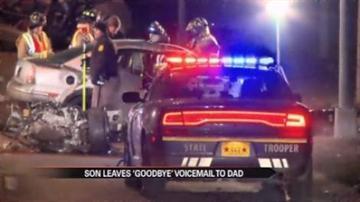 DES MOINES, Iowa -- An Iowa man is mourning the death of his son who died in a police chase.

Duayne Johnson says his son Jeremiah called him and left a voicemail right before his death warning that he would not be coming home.

"Calling just to say I’m at a crossroads... And I’m probably not gonna make it much longer," said Jeremiah.

His father now wonders if his son would still be here had he not missed the call. He said his son struggled with PTSD following his time in the Army.

"I try to look at it in a good way that he at least wanted to let me know that he loved me and he had the respect to tell me goodbye," said Duayne.

He says Jeremiah will be remembered for his love of his son, Jonathan.