South Bend and Elkhart give updates to flood emergency 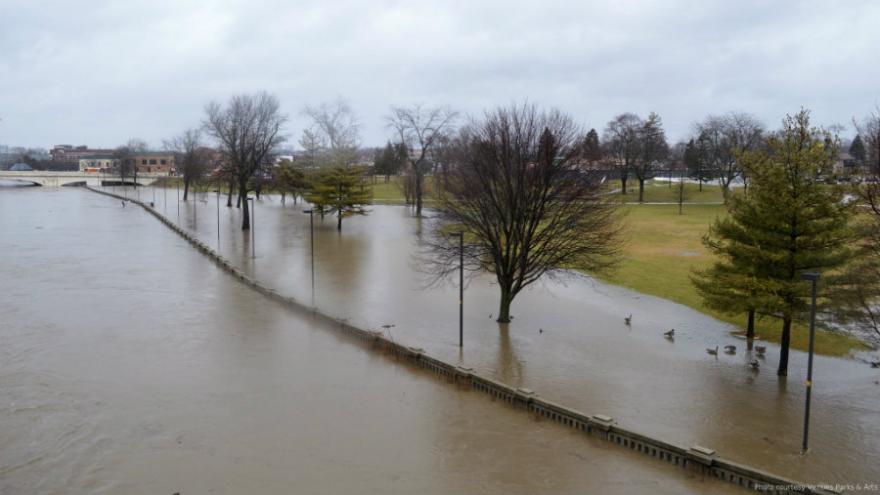 Mayor Pete Buttigieg held a press conference at noon to update residents on the flooding.

The emergency declaration and travel advisory are still in effect. If you are driving or walking - you will be ticketed if you disregard road closure signs or barricades. This is for your safety.

The wastewater treatment plant was shut down overnight but reopened at 6 a.m. It is operating at 30-percent capacity, but that does not affect your water or drainage/flushing.

City services are operating as normal. If you missed trash pickup, please call 3-1-1.

There are six crews out patching potholes.

If your home suffered damage from floodwaters and you live in St. Joseph County, please call 235-9378. The county needs accurate numbers about damage for the federal aid process.

Two lanes of Michigan Street have reopened, they are hoping to have all four lanes open soon.

South Bend officials say the St. Joseph River reached 12.7 feet around 1:30 a.m. and fell to 12.5 later in the morning; however, the river has not hit a peak upstream and will be at flood level for several days.

The following roads were added to the closure list early Thursday morning:

You are asked to follow signs and barrier around parks and trails as parts of the East Bank Trail have begun to collapse.

Officials warn that anyone who disregards closures and barriers will be ticketed.

First responders in Elkhart will operate at a high capacity Thursday.

According to the City of Elkhart, seven people were evacuated from their homes and four were saved after driving into high water.

There is extensive damage to property that may not be fully realized for several days but all essential infrastructure of the city remains operational and intact.

The emergency shelter at Central Christian Church is full but cots are still available at the Salvation Army on North Main Street.

Another shelter established by Elkhart County is offering food and showers at Grace Community Church in Goshen. The county says there is transportation available between shelters.

The following roads in the City of Elkhart remain closed: