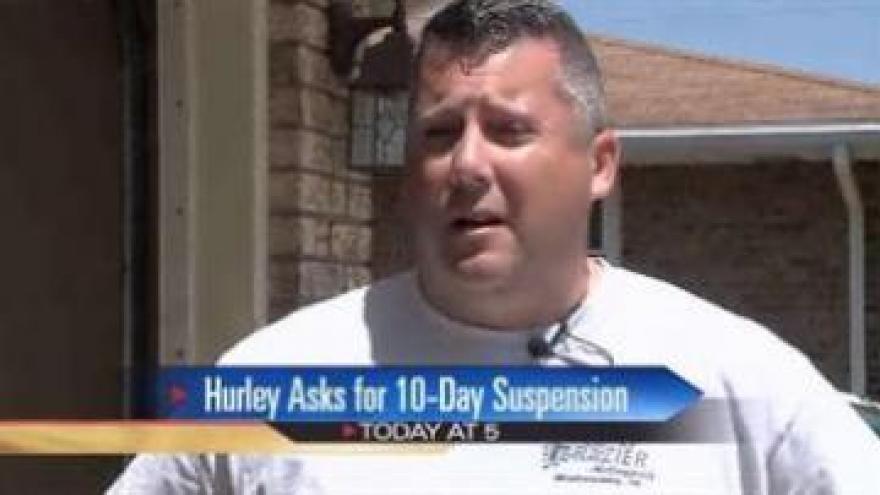 SOUTH BEND, Ind. -- ABC 57 News has learned that the Interim Police Chief is now calling for the suspension of a South Bend cop who inadvertently got caught up in the department's tape scandal.

Stilp believed it could have been retaliation for supporting the demoted chief.

Corbett was suspended for five days over the conversation he had with Stilp.

Of all of the officers we have talked to, none of them can recall a penalty this harsh for what Stilp is being accused of  -- talking to the media.

Hurley says Stilp violated department policy when he went on camera with us to talk about a phone conversation he had with Corbett.

Back in May, Stilp said, "I received a phone call that -- quite frankly -- I found disturbing, and I felt that it was necessary after thinking about it for a while it probably needed to be formally put on paper."

At the time Stilp was vocal in his support for demoted Chief of Police Daryl Boykins and fired Communications Director Karen DePaepe.

Stilp also said at the time, "He pretty much told me to keep my mouth shut and that myself along with the other day shift officers need to keep our mouths shut and quit talking about what's going on."

Stilp filed an officers report, complaining about the conversation.

Ultimately, Corbett was suspended for five days without pay for his actions.

Hurley, who has been seen visiting Corbett frequently says Stilp's actions -- talking to us and giving us a report that showed Corbett using vulgar language -- was Conduct Unbecoming of an Officer, and worthy of a 10-day suspension.

We were told that Chief Hurley has never asked Jack about the threats of if he felt comfortable. Hurley was not available for comment on Wednesday afternoon.

At this point, Stilp can either accept the suspension or fight it. If he fights it, he can request a hearing before the Board of Public Safety.