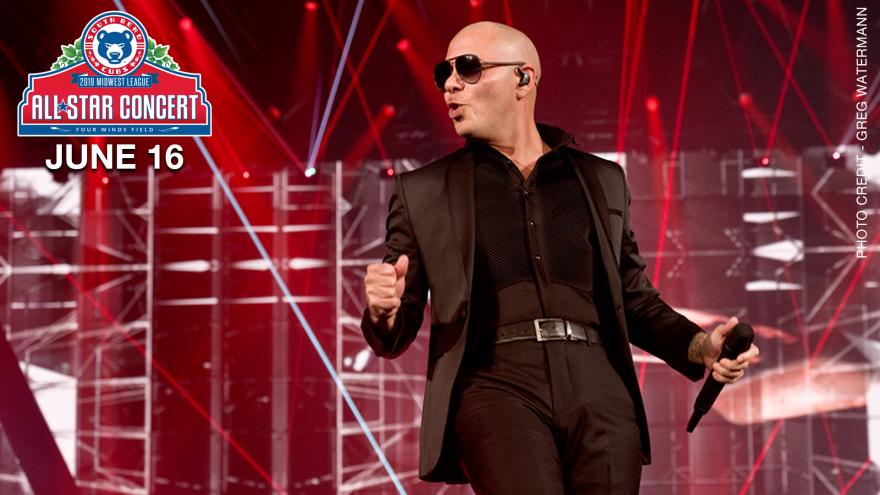 The concert will be part of a three-day extravaganza showcasing Four Winds Field with events including Fan Fest on June 17 and the Midsummer Classic on June 18.

“We promised an unforgettable All-Star event for South Bend,” said Andrew T. Berlin, owner and chairman of the South Bend Cubs. “Hosting a concert with one of the hottest entertainers in music today, is just one way we’re delivering on that promise. We know that fans from 150 miles in every direction will be here to see Pitbull on stage at Four Winds Field. It’s a perfect way to start the week.”

Two additional acts will accompany Pitbull and they will be announced on a later date.

South Bend Cubs season ticket holders and corporate partners will have the first opportunity to purchase tickets for the concert beginning April 5 at 10 a.m.

Tickets for the general public will go on sale April 10 at 10 a.m.

Outdoor suites - $45 per person (min. of 14 tickets must be purchased)