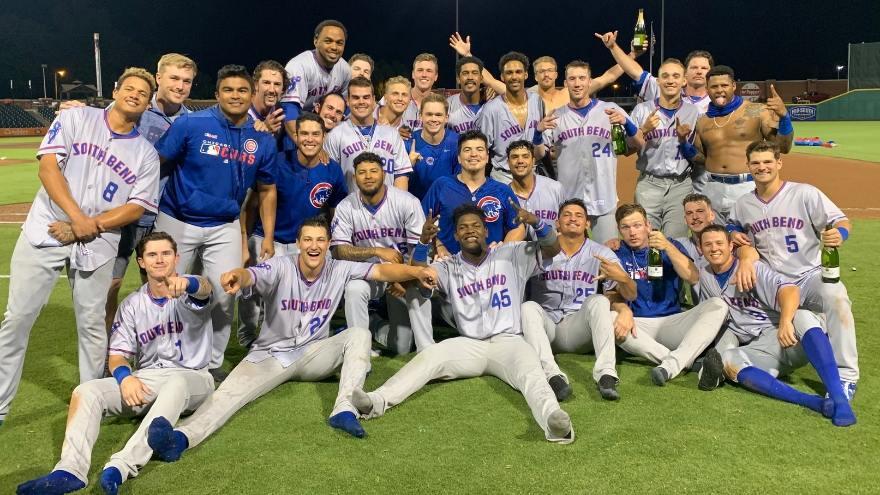 For the first time ever as a Chicago Cubs affiliate, the South Bend Cubs will head to the division championship.

After beating the Bowling Green Hot Rods 7-4 on Thursday, the Cubs advanced to the Midwest League Division Championship.

The Cubs will host Game 1 of the championship on Saturday, September 7 at Four Winds Field. The gates will hope at 6 p.m. and the first pitch is set for 7:05 p.m.

Below is a schedule for the Midwest League Postseason games: