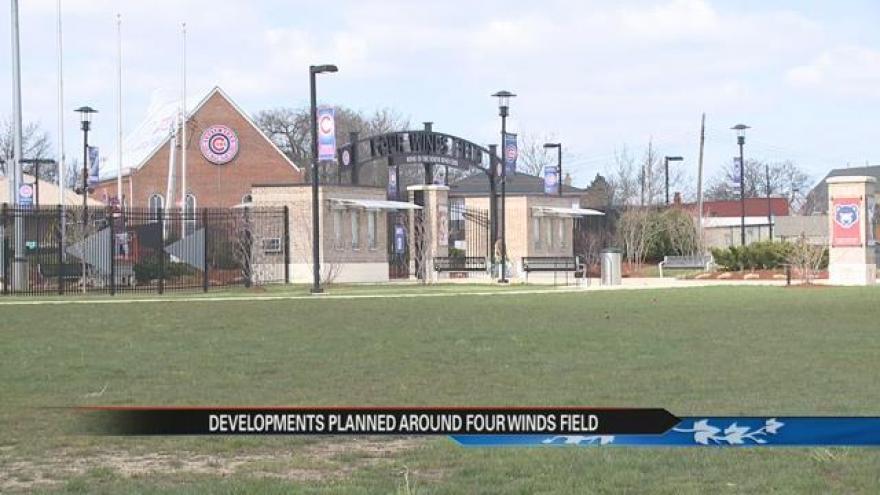 Just outside Four Winds Field, South Bend Cubs owner Andrew Berlin is planning to develop buildings and apartments on a four acre parcel. The project is expected to break ground in a few months.

"We are certainly not done and Andrew has made a big commitment to South Bend," said Joe Hart, President of the South Bend Cubs.

Berlin has invested over $7 million into Four Winds Field.

Now he will be committing between $22 and $25 million into the new project, including 109 apartments.

"Any time you can increase the daily downtown presence that's a game changer and we always want to look to support those types of projects," said Brian Pawlowski, Department of Community Investment.

Pawlowski says the city made a deal with Berlin to sell the land for $1 if he breaks ground by the end of 2016.

"The city has worked with Andrew Berlin numerous times on some really great projects. Like the performance facility which obviously went up really quickly," said Pawlowski.

The city is hopeful the space will become the mini Wrigleyville Hart and Berlin are dreaming of.

"What better place to live than have an apartment overlooking the field, sit out on your balcony in the summertime and watch some free baseball," said Hart.

The goal is to have the area around Four Winds Field boom year round, not just during baseball season.