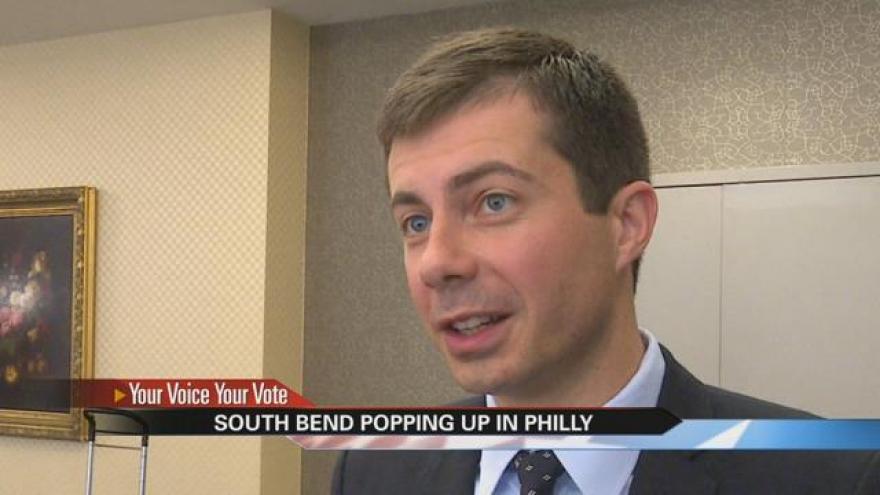 From Notre Dame grads to current residents and area leaders, Michiana Democrats are making waves at the Democratic National Convention in Philadelphia.

“I love how when I introduce myself as the mayor of South Bend, no matter where I am, there's always somebody whose eyes light up and share a story about a relative or some connection to our community,” said Mayor Buttigieg.

Tuesday, Mayor Buttigieg had the chance to make that connection with a room full of Pennsylvania Democrats.

“I've tried to share what I know,” said Buttigieg.

He knows his city.

“There's so many ties that link South Bend to the rest of the country and the world,” said Buttigieg.

Lamar's political education wasn't just in the classroom, it was also in the city.

“We have a lot of poverty issues where we need to systematically address a lot of the laws and policies that make brown and black communities more disadvantaged than others. That's the same fight that's going on in South Bend,” said Lamar.

“Cities have to get it done for their residents,” said Buttigieg.

Buttigieg thinks national leaders could learn a thing or two from South Bend.

“Cities have to get it done for their residents. You don't have the luxury of endless debate,” said Buttigieg.

He's hoping to take home some lessons and a few more South Bend connections from Philadelphia.

“Let people know what's been working in our community, and to take notes on solutions other people have,” said Buttigieg.