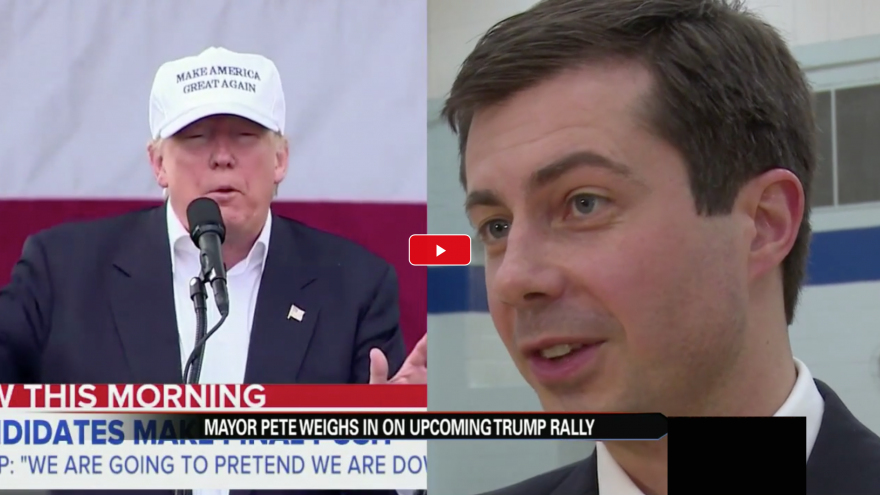 The president will discuss tax cuts, middle-class economy, and voting in the upcoming mid-term elections. South Bend Mayor Pete Buttigieg said he is surprised that the president views doing politics in Indiana as the best use of his time.

“It’s a free country and people are welcome to exercise their free speech rights in Indiana,” he said. “I’m a little concerned because some of the values of the community aren’t totally consistent with the sorts of things that are said at his rally.”

This rally will be President Trump’s second time in South Bend and ninth time in Indiana. Mayor Buttigieg shared the message below on Twitter:

“If he left the airport and came into the city what he would see is that we have a community that is growing a community in the industrial Midwest,” Mayor Buttigieg said. “The so-called Rust Belt growing not based on resentment and fear but on progress.”

He said that he has not been invited and doubts if the two will get a chance to talk.

“Fear and resentment and looking backward isn’t how this community is rebuilding itself,” he said.