SOUTH BEND, Ind. -- As the national spotlight shines brighter on Mayor Pete Buttigieg, the microscope is focusing in on his record in South Bend.

One thing that has plagued the mayor's entire administration has been the number of murders. The problems didn't start with Buttigieg, but they also haven't ended with him either.

The year before he took office in 2012, violent crime was on a downward trend.

According to FBI data, there were nine murders reported that year up from the six in 2010, but no where near the peak of 21 murders at the start of the decade. The city overall was averaging 14 murders a year since 2001. Bringing that average down wouldn’t be the only challenge the mayor would face right out of the gate. 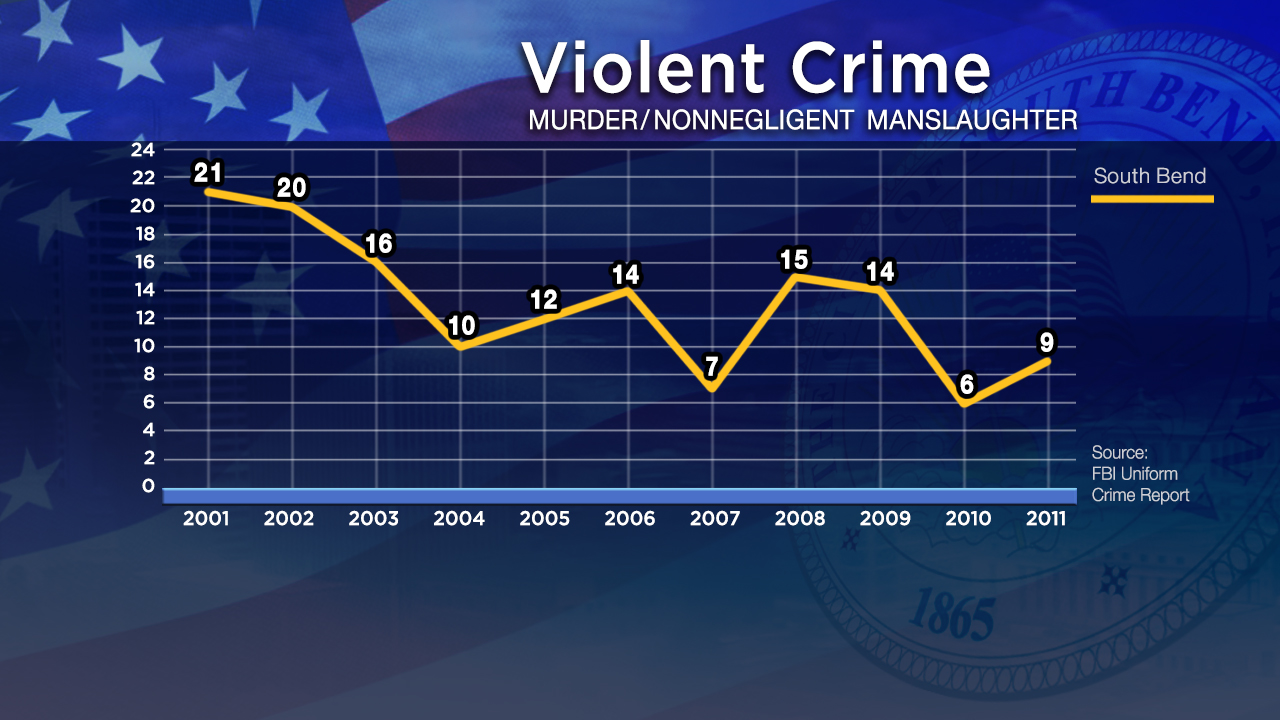 The department was about to be embroiled in a major controversy that would follow the mayor throughout his entire time in office.

Tapes of telephone calls between officers recorded in 2011 were said to contain troubling and inappropriate conversations. It would lead to a federal wiretapping investigation and the resignation of Chief Darryl Boykins just three months into the Buttigieg's first term.

The case would move through state and federal courts for the next several years.

All the while South Bend residents and the city's own Common Council have demanded to hear what's on the tapes. The council's efforts to get them released are still being sorted out in the courts to this day.

Chuck Hurley was appointed interim chief for the remainder of 2012. The murder rate doubling that year from 9 to 18.

Ron Teachman, a department outsider, took over as chief in January of 2013.

During his tenure he brought shot spotter technology to the city to help the department better respond to shootings.

During Teachman's first year the murder count was cut in half back down to 9, but that would be short lived. 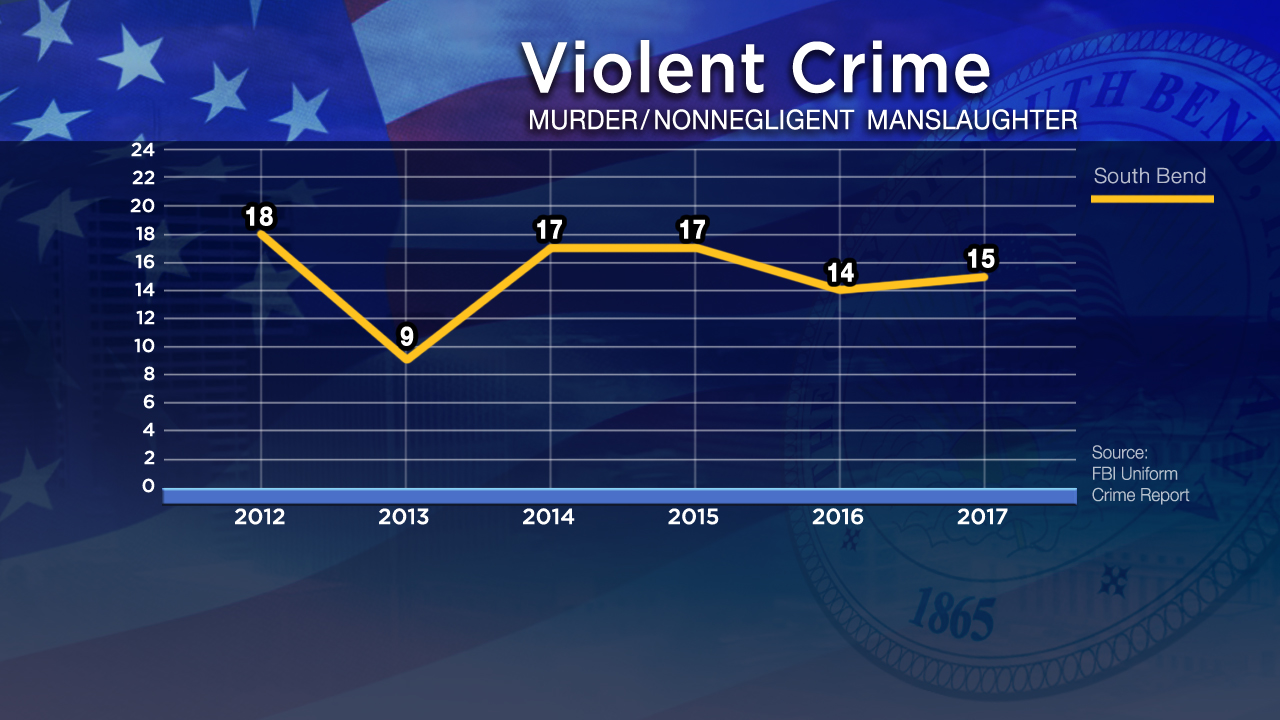 In the last decade, the city averaged 15 murders a year just slightly over the 14 per year the city saw in the previous decade.

So far the FBI has not released its full Uniform Crime Report for 2018, but the data compiled from January to July of last year shows both violent crime and murders are down.

According to ABC57's count, there were 13 murders in South Bend city limits for the entire year, which would be a slight drop from 2017.