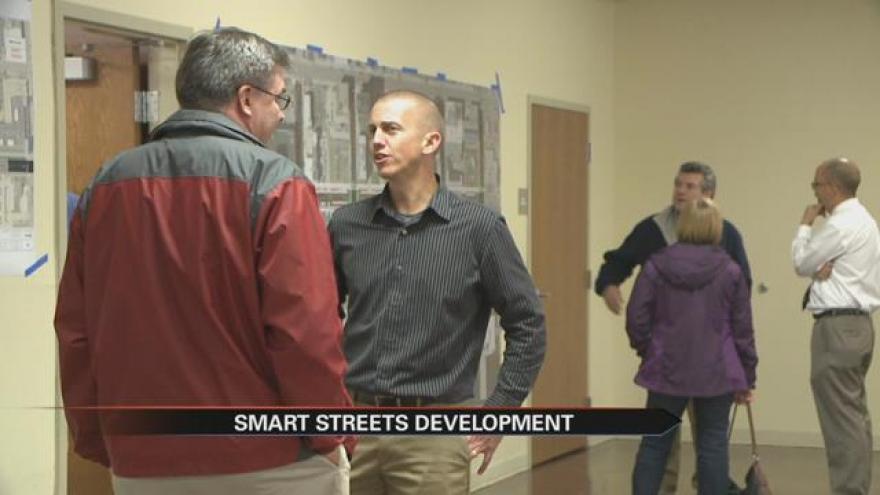 Major changes are ahead for the streets of downtown South Bend.

It’s another phase in the city’s Smart Streets Initiative, aimed at making the roads a bit safer for those who share it.

But before crews start construction on the city, they’re running their plans by the citizens first.

By this time next year, one way multi-lane streets like St. Joseph, Main and Michigan streets, will become two ways.

This change is to reflect the changing landscape of this area and a growing downtown population.

“It’ll be inconvenient, yes, but it’ll be exciting to have over $100 million of construction happening in South Bend next year,” said Jitin Kain, Director of Community Investment.

Million dollars are being invested in new buildings by several local companies.

So the city will meet their efforts with millions of its own, aimed at major investments for the city’s streets.

“The $107 million of construction activity in the private sector that we have is being complemented by public infrastructure that is safe and accessible to different users,” said Kain.

The plans for this new infrastructure were explained by a group of city planners to a range of residents interested in the future of this project as well.

For some, new streets could mean new energy downtown.

But for others, new streets could mean new challenges for drivers.

“To have to slug through a traffic bog, that logic escapes me,” said resident S.J. Szabo.

Szabo worries downtown will become too congested with less lanes, but his major problem with these plans is the inclusion of more roundabouts.

“Roundabouts remain the most dangerous pedestrian hostile intersection known to man,” he said.

But the city assures safety was a major factor in these developments.

“You’ll be able to go at maybe 15, 20 miles which is a very safe limit for pedestrians to cross,” said Kain.

The city aims at a Fall 2016 completion date.