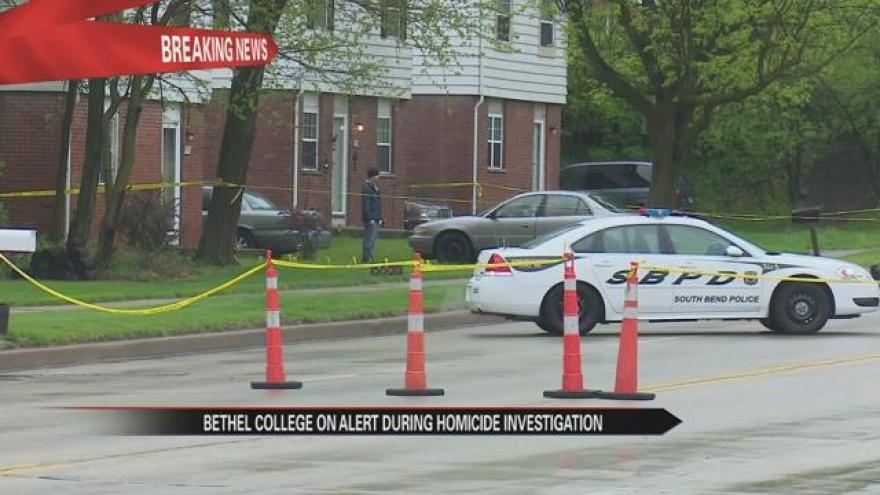 Early Sunday morning, 19-year-old Anthony Mobley was shot to death on Logan Street in South Bend. Police have named 19-year-old Tabais Davis as a person of interest.  He is still on the loose and police say he is armed and dangerous.

He, like many other students, woke up Sunday morning to frightening texts. Texts that urged them to be careful, as police searched for a suspect.

The messages were vague, and it wasn't until hours later that Strom learned what happened just across the street from student housing.

Just after 4 a.m. South Bend Police were called to the 100 Block of Logan Street for reports of gunshots.

When they arrived on the scene, they found Mobley laying on the ground outside of a home.

"It's kind of freaky it happened just across the street, but I'm trusting authorities will just take care of it," explains Strom. "Just seeing they were so on top of it was just really reassuring."

Strom isn't worried about his safety, but is a little concerned with the increased violence near campus.

"Polito's is just down the street. I heard there was a shooting there and we were all surprised because we go there for pizza," adds Strom."But it's pretty safe here and I just know that there are some things that are going on and we live in a fallen world and these things do happen."