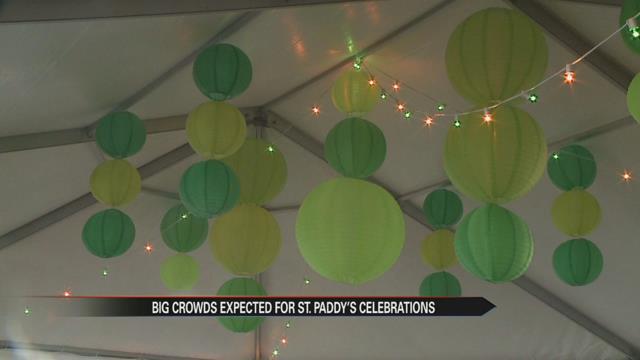 According to event organizers, celebrations are expected to be well attended.

Carter is in charge of Friday night’s tent party and pub crawl downtown.

She says with the nice weather, she’s expecting at least a few extra than the 4000 people they typically average.

“People come from all around,” Carter said.

“We have a great parade,” Patrick Kring, parade director said.

Kring says the parade has doubled, and will need a new route next year.

“Next year we’re going to go further into downtown with the parade,” Kring said.

With so many people expected downtown, organizers are taking no risks.

“We want everyone to be safe. Have fun but be safe,” Carter said.