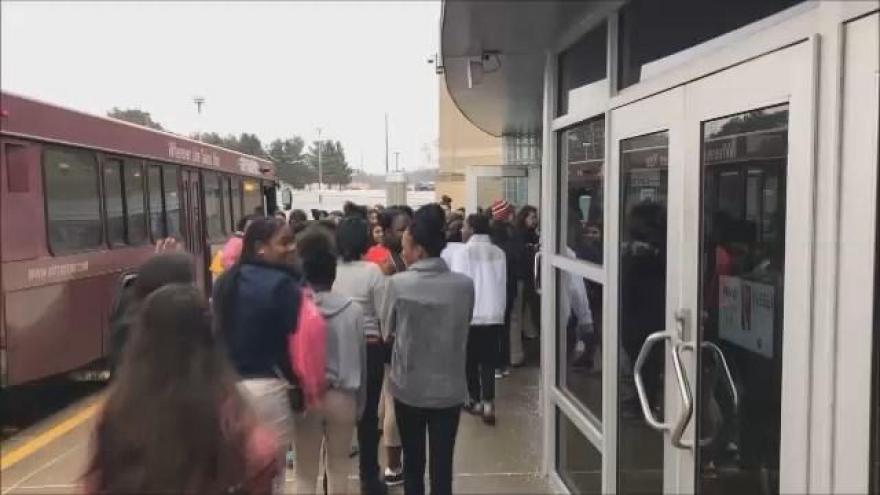 A bus ride to the movies - that’s how the 5th, 6th, 7th and 8th grade female students at Navarre Intermediate Center spent their Tuesday morning.

For 35 cents a seat, teachers and those students got to hop on a city bus to the Showplace 16 movie theaters in South Bend.

“Dr. Spells always talks about being #TeamSouthBend and we’re just utilizing the resources that we have here,” said Love.

But it wasn’t just any field trip. Love is calling it a positive lesson in life skills starting at the bus stop.

“It makes them a part of the community. They’re not just a student anymore, they’re going to be productive citizens,” said Love.

The second part of that lesson: the message she says the movie, Hidden Figures, has for the students.

“Our goal is to get students, minority female students, to see on Film that somebody that looks like them did something so powerful. Regardless of background, race, culture, situation, anything is possible for you to do.” said Love.

The 2016 film is about three African-American women who worked for NASA and were the brains behind the launch of an astronaut into orbit.

I asked two of those students about the lessons they were learning that morning.

“They like to help us reach our goal,” said 11-year-old 6th grader, Aya Saleh.

“We can do anything ourselves, if we wanted to,” said 14-year-old 8th grader, Dia Banks.

Although teachers at Navarre Intermediate decided to show the students in a different way what it takes to be successful, Love says it starts back in the classroom.

“We talk about that often in class. The decisions you make now are the decisions that you’re going to make when you’re older. So we want them to practice being influential, being strong, being powerful, just doing the right thing and making some good decisions for themselves at a very early age,” said Love.