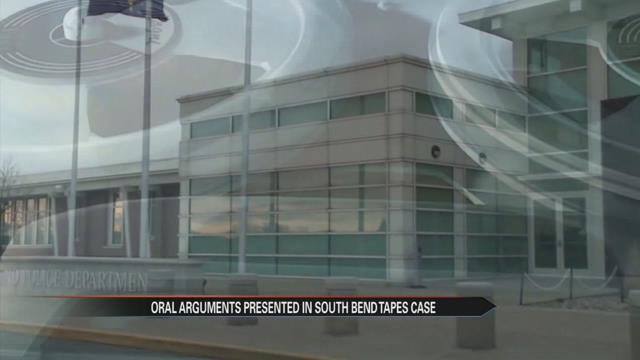 The calls for the city of South Bend to release the infamous police tapes are reemerging.

Reigniting the interest were the oral arguments presented in a wiretap appeals case to three federal judges in Chicago Wednesday.

And while the case stalls, city’s leaders are still divided on what should be the fate of those recordings.

Five years and hundreds of thousands of taxpayer dollars later, it’s a story that just won’t go away.

The case was heard in the Seventh Circuit Court of Appeals.

Both sides are fighting over whether or not the recordings should go public.

“Once this matter is resolved by the court, it’s going to bring a healing to a wound that’s been there in our city for the last four years,” said Oliver Davis, South Bend Common Councilman.

Four years of litigation and five tapes of private conversations between four officers.

In 2015,  a federal judge ruled all but one of the tapes were illegally recorded.

Now, some members of the city’s common council would like at least one of them to come to light.

“They are public information, at least from how we looked at it, and everything that is public should be released,” said Davis.

Although the case was settled, a federal court took up the appeals case questioning the council’s motive for the tape's release.

The three appeals court judges agreed to advance this case, and will hear both sides in 14 days.

“It reaching the appellate court hopefully one step closer to this whole matter being resolved,” said Davis.

The mayor’s office is looking for resolve as well.

In a statement sent to ABC 57 News, the communications director wrote:

“We aren’t able to comment further as the case is still pending, but can say that today was largely procedural and the city will be submitting additional legal briefs in the coming weeks, as directed by the judge.”