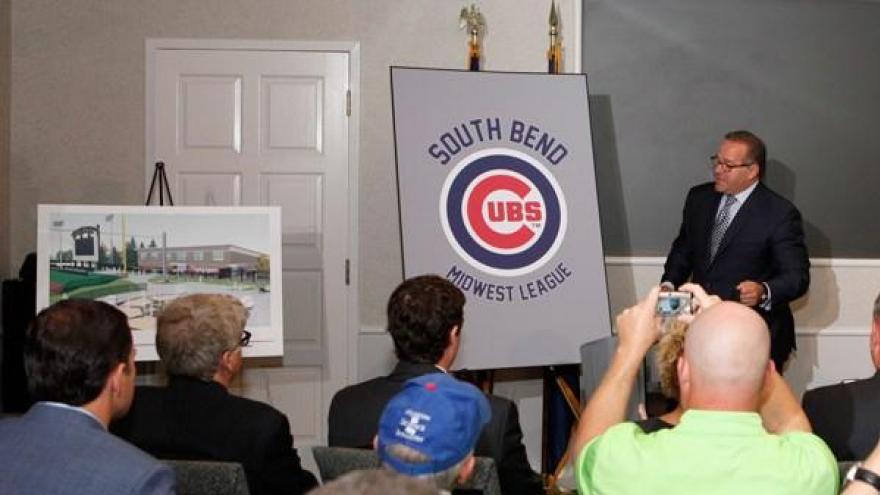 South Bend's minor league baseball team has changed its name to the South Bend Cubs. The announcement was made during a press conference Thursday morning.

The owner of the team, Andrew Berlin, made the announcement.

“Affection for and loyalty to the Chicago Cubs goes back generations in this community.  We've listened to fans throughout the region, and this is a name that we know they are thrilled about," Berlin said at the press conference.

The team will have a new logo and new uniforms to go with the new name.

Last week, the team announced it was changing its affiliation to the Chicago Cubs.

The President of Baseball Operations for the Chicago Cubs, Theo Epstein, also spoke at the press conference.

“We're thrilled to begin this partnership with Sound Bend and we're looking forward to working with everyone here,” said Epstein.

The team was formerly called the South Bend Silver Hawks.