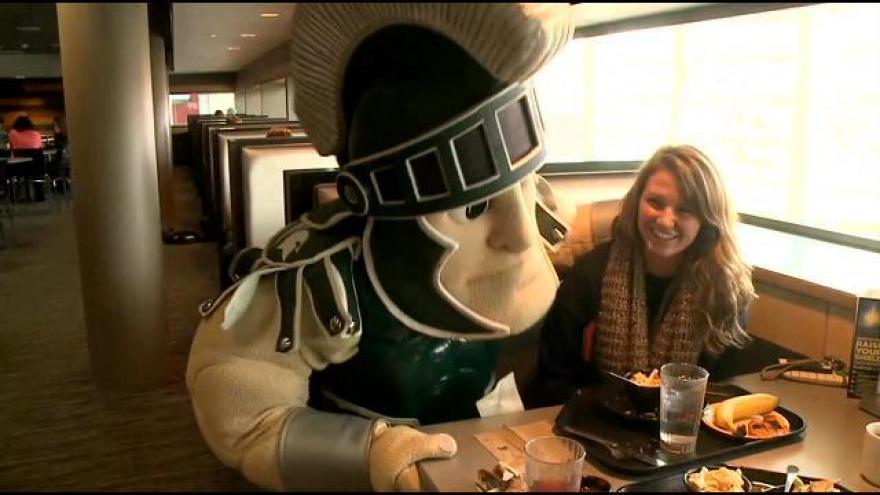 EAST LANSING, Mich. - Few fans get a tour of the campus with Michigan State's mascot, but Sparty took ABC57's Alexandra Koehn on a special tour.

The first stop was Sparty's statue outside Spartans Stadium.

Then, inside a dining hall where the staff had Sparty spirit.

Just walking around campus it's clear that Sparty is loved by students across East Lansing!

"Yes he does like the ladies, but also he can be a bro and hang out. He's pretty much a mascot of all trades," said Brian Noonan, Director of the Sparty Mascot Program.

Sparty took ABC57 to the cross country team's practice where Sparty got his exercise for the day.

He believes it's because he has the most fun by always keeping students laughing.

So what does it take to be the man under the mask?

Sparty's handler says it's a lengthy tryout process and a secret that the student has to keep until they walk across the stage.

"When they do become a senior and graduate, the reveal is they are eligible to walk across the stage and receive a diploma with Sparty's boots on! So everybody gets a big kick out of that," said Noonan.

The last stop on the tour was Michigan State's Dairy Store in the Student Union.

Sparty visits so much that they even named an ice cream flavor after him.