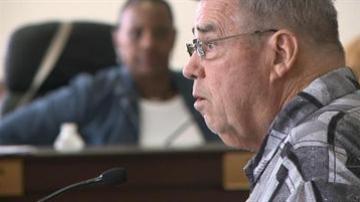 ELKHART, Ind. -- Elkhart Mayor Dick Moore met with city council members and the public to further discuss his new sewer fee plan. This has caused some controversy in recent months, because the plan calls for higher sewer rates on businesses and residents who live outside city limits.

The debate is complicated, and very far from being over.

A special meeting was held Wednesday night where Moore spent more time listening than he did talking. Moore brought in an Indianapolis-based lawyer to touch on the legality of sewer fees, rates as well as annexation.

"There's so many things that he has to sit down and make right, and he keeps confusing the issues," Jon Nelson, an attendee, said.

Nelson owns a home just outside city limits. He's ready for a compromise, but like many residents, he just wants to understand what's going on.

"It's been the main headache for all of us in Valley View, and all the commerical properties as well," Nelson said.

The question is: how much more money to charge? That's a decision the Mayor, City Council and public are trying to decide on.

During Wednesday night's meeting, city council members tried to give the public an understanding of where the council is on the new compact fee, except, for most of the meeting, that lawyer talked about all the ways news fees and annexation could be challenged.

Some folks who attended were irritated, because they feel a personal meeting with the Mayor could cut through all this bureacracy.

"It's a matter of sitting down, and being grown up enough that you can sit down and talk out a problem resolution," Nelson said. "Rather than problem, problem, problem."

Mayor Moore's plan calls for a 35 percent fee on businesses outside city limits, but it's based off of property values and not usage.

Meanwhile, Councilman David Henke has drafted an alternate plan that charges businesses and homeowners all 15%. It is based on usage.

Neither one will solve Elkhart's budget woes.