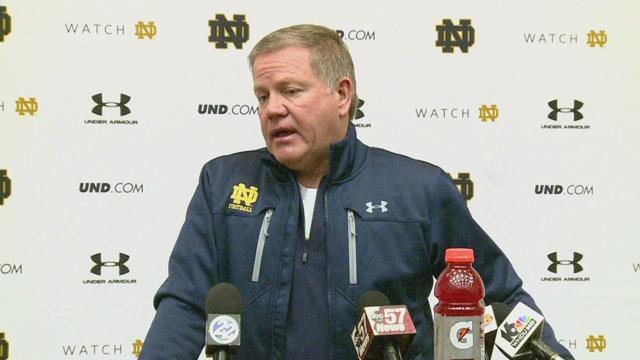 An article published by “Blue and Gold Illustrated” has sparked some major speculation over Irish Football Head Coach Brian Kelly and his future at Notre Dame.

The article notes that Notre Dame Football spends time in California every year to recruit players following the final game of the season, USC or Stanford.

During a recent press conference, Kelly said he would be coming back to South Bend after Saturday's game to engage in exit interviews with his current players.

According to the publication, former head coach Charlie Weis was instructed to come back to Michiana after losing the final game of the season in 2009. Weis was fired that year.

It is important to note the similarities between both situations have not been confirmed by Notre Dame.

ABC 57 News has reached out to the university for further comment on the speculations.

To read the full article published by “Blue and Gold Illustrated,” click here.