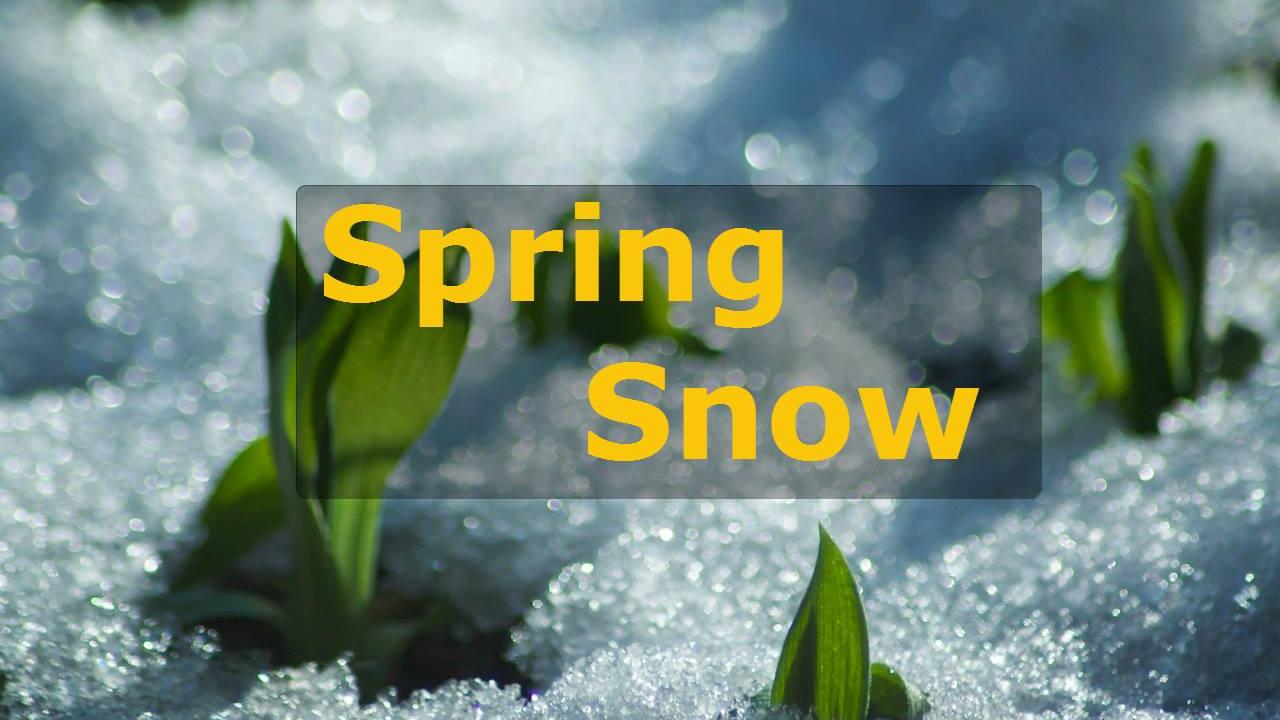 As the saying goes, "April showers bring May flowers," however, what happens when Michiana sees an early green-up in March and April brings the threat of snow showers that first weekend?

Looking towards this weekend, the first weekend of April 2016, snow flurries are possible.  No accumulation is expected, but snow in April, let alone the season of spring, is not uncommon to occur in Michiana.  As the ABC-57 First Warming Neighborhood Weather Team has previously mentioned here, March 2016 was known for it's temperature swings. It looks like that same pattern will extend into the first week of April. The next three days brings a cool-down, along with overnight lows dipping into the lower 30s with flurries possible on Saturday.  Now, let's look at the monthly snow statistics for April and the rest of the Spring season. Believe it or not, the average last day of measurable snowfall occurs on April 6th.  Typically, April snow brings 1.4" total for the month.  Some April's have seen nearly 15 times that average.  The greatest snowfall that we've seen for the month of April was set back in 1920 with a total of 20.0".  In that same month, the greatest 24-hour snowfall for the month occurred on April 5th, dropping a foot of snow.

Here are some more spring statistics for you as spring snow can extend even into the month of May in Michiana.  The latest measurable snowfall on record was set back in 1966 on May 11th with 0.6" of snow observed.  Meanwhile, the latest accumulated snowfall of at least 6.0" or more occurred on May 3rd, 1929, dropping 10.0" of snow.

To stay up to date with the most updated forecast, be sure to watch on the air, check in with our mobile weather app, or visit here daily, so you and your family are always prepared, whether it's rain/snow or shine.