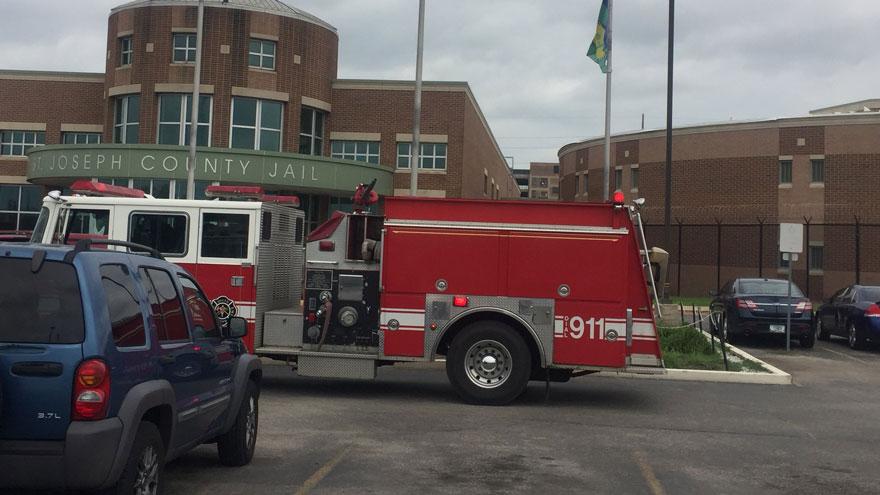 The fire department responded to the St. Joseph County Jail after a fire was discovered in a cell in one of the housing units.

St. Joseph County Police said there was a small fire at the jail. The fire was in a cell occupied by two inmates in the J-pod.

A correctional officer saw the fire and put it out with an extinguisher.

Several of the inmates were moved to another housing unit following the discovery of the fire.

Normal daily jail operations were slightly affected, but are expected to return to normal in the afternoon.