Strangers help save Christmas for local family after house fire 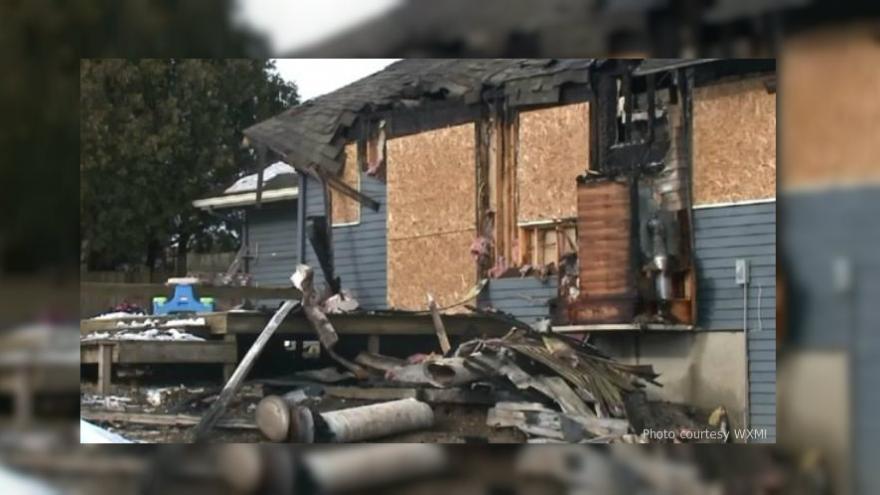 Georgetown Township, Michigan (WXMI) -- Thousands of dollars have been raised for a family left without a home and a majority of their belongings following a fire just days before Christmas.

"In a way, we’re losing everything, but in reality, with our three boys by our side, we’re losing nothing," said Justin Kemmerer alongside his wife Alli during an interview Thursday with FOX 17 News.

The couple lost their Jenison home during a fire on Magnolia Drive around 1:30 a.m. Tuesday. Officials believe the fire started in the attic due to a hotspot in the fireplace.

"You can't explain the feeling of walking out of your house and knowing that it's on fire," Kemmerer said. "I'm just broken for my boys, they won't be able to have that Christmas morning."

The community is making sure Justin and Alli and their three sons, ages 4 to 8, are taken care of, stepping up to organize fundraisers and donation drives on Gofundme.

The Redemption Church is accepting donations at the church, with a list of items on their Facebook page. There has also been a GoFundMe account set up. The Kemmerers said strangers have gone out of their way, purchasing Christmas gifts for the kids and clothes for the entire family.

"Such an incredible blessing that people are willing to do those things," Alli Kemmerer said.

The family is staying with grandparents for the time being, hoping to move into a rental home within the coming weeks.