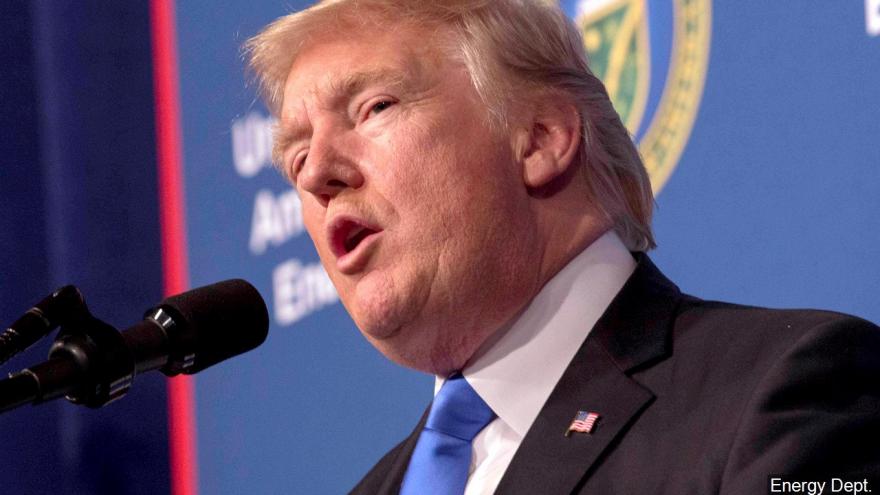 Those show the range of reactions in New Hampshire to President Donald Trump's characterization of the state as a "drug-infested den" while speaking to Mexican President Enrique Peña Nieto in January.

Trump's remarks came to light this week when The Washington Post published a transcript of the phone conversation between the two leaders. The state's politicians -- Republicans and Democrats -- were quick to denounce those comments, but other Granite State residents also weighed in.

"I think we're used to the President going over the top," said Grant Bosse, editorial page editor of the New Hampshire Union Leader newspaper in Manchester. "If you're a fan of the President, you don't mind that he went over the top again in describing a very serious problem."

The Union Leader is known for its conservative editorial slant, and Publisher Joseph McQuaid called Trump "a liar, a bully, a buffoon" in a September editorial endorsing Libertarian Gary Johnson in the 2016 election. On Friday, however, the paper's letters to the editor section was flooded with New Hampshire residents eager to defend Trump.

"Please count me as one Granite Stater who is not outraged at the President's leaked 'Den' comments," Pete Brigham wrote.

"Given the constant drumbeat of news recounting the extent of the drug scourge all across NH, and the other manifestations of the insidious impact illicit drug use has on everyday life here, I would say that the President is, in essence, right on the mark."

A letter from Ralph Cataldo struck a similar tone.

"President Trump's statement that New Hampshire is a drug-infested den is more truth than fantasy," he said. "I have lived in Manchester for 30 years, and the city is plagued with addicts and panhandlers."

But debate over Trump's comments extended far beyond local newspapers. Some residents took to social media to make light of the new label for their home state.

One tweet shows the New Hampshire license plate with the state motto of "Live Free or Die" replaced with "Drug-Infested Den."

"Thanks Mr. President," the user wrote. "I've updated our license plates and got rid of our old crappy motto that we all hated anyway."

Other users posted photos of themselves enjoying the state's mountainous landscapes -- in contrast with the "drug-infested den" label.

Trump made the opioid epidemic a key issue while campaigning for the presidency in New Hampshire.

"We think it's a foolish thing to say," Bosse said. "Not accurate. New Hampshire has a lot going for it."

"Do we need help? Yes. But to call it a drug-infested den, that's inconsiderate -- really disgusting actually. It's like, you're our President." she said.

"You should have more respect than that."