Studebaker played a role in early years of Indy 500 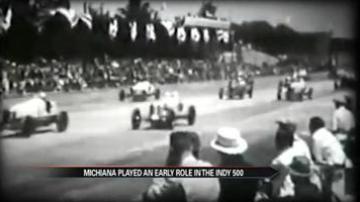 INDIANAPOLIS -- This weekend is the 98th running of the Indianapolis 500. South Bend played a major role in the early years of the race.

Several drivers were from the South Bend and LaPorte area and the Studebaker car company had several cars in the race over the years.

"If they could've won, that would've been great, but really - the emphasis was finish the race, show how durable the Studebaker products are," said Andrew Beckman, archivist at the Studebaker National Museum.

Studebaker was a big player in the Indy 500 during the years of the Great Depression.

"They finished the team-best third in 1932, and in 1933 their top-finisher was 7th. And actually the 7th to 12th cars were all Studebaker-powered," said Beckman.

"Finish on Sunday, sell on Monday is really what they were going for," said Beckman.

They used the race as a platform to show the world how dependable their cars were and they did it without spending a lot of money.

"Studebaker spent maybe $5,000 to $7,000 each building these cars. If you look at what Ford was working with, their Miller Ford specials, those cars were about $60,000 each and did not achieve the near success the Studebakers did on the race track," said Beckman.

That success on the race track wouldn't last long. The company started to undergo financial troubles the very same year they had three cars finish in the top ten.

Beckman says the company couldn't sustain a racing program when they were fighting to stay alive.

In addition to the race cars Studebaker entered, the company paced the race on four different occasions. The last time was in 1962, one year before the operations in South Bend shut down.