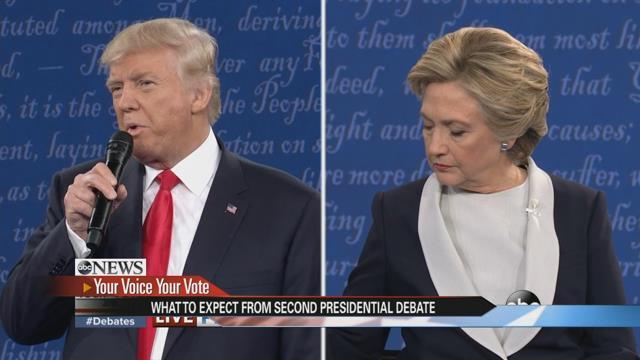 Washington University hosted the second presidential debate Saturday. We joined IUSB’s Political Science Club for their watch party to find out what students were looking for in the debate.

“I’m hoping they will actually discuss something of substance this time and not just resort to ad hominem he said she said attacks,” said IUSB student Stephen Holmes.

But, Donald Trump and Hillary Clinton will have to address Trump’s lewd 2005 comments about women that resurfaced Friday.

“He needs to do more than just apologize. He needs to come out saying that he’s completely and totally against this line of thinking at all,” said IUSB student Andi Trowbridge.

“For his own political future ,my own personal opinion is that he should distance himself,” said IUSB student Stephanie Ready.

But for this debate, students are excited to see how the candidates handle the town hall format.

“I hope that both candidates respect the moderator and the audience and really engage with them and answer the questions and give the citizens the answers that they really need,” said Trowbridge.

Overall, students say this second presidential debate could make or break the election.

“I think if Hillary can have a really good debate like she did last debate, it might be really difficult for Trump to dig himself out of the hole that he’s kind of made for himself,” said Holmes.

Partway through the debate, we also analyzed how the candidates were doing with IUSB Professor Dr. Elizabeth Bennion. Click on the video above to see what she had to say about Trump’s 2005 comments and more.