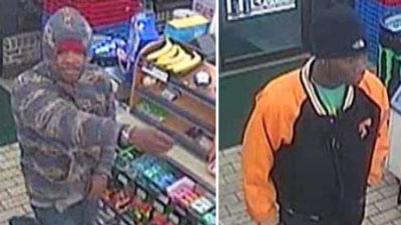 South Bend Police are seeking the identities of two men who allegedly robbed the 7-Eleven on Miami Street.

Police say it is the third robbery there in a month.