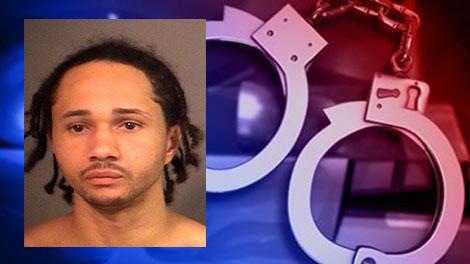 Around 9:20 a.m., South Bend Police were called after a suspect entered the TCU branch on E. Jefferson Boulevard.

They were unable to give the suspect money because it is a mortgage branch office and does not have currency in the office.

The suspect then left the office.

South Bend Police searched for the suspect and located 27-year-old Phillip Edwin Byrd in an alleyway of east cedar Street. They said he matched the description of the attempted robbery suspect.

Byrd was arrested and charged with robbery and resisting law enforcement.

If you have any additional information in this crime or another crime, contact Crime Stoppers at 800-342-STOP.