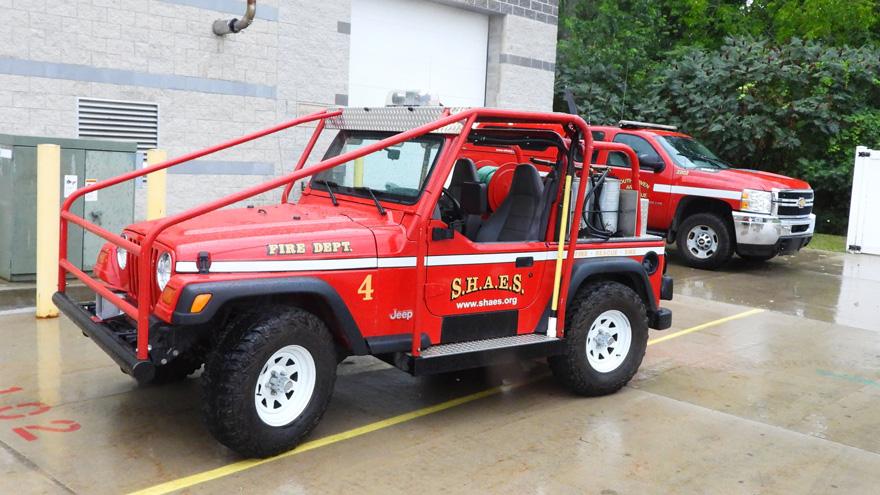 The suspect broke several windows at the Casco Township station to get into the building on Tuesday.

The person then drove off in a department Jeep that is used to respond to field fires.

It ended when the suspect drove to the SHAES Blue Star station, 10 miles away, reports said.

The suspect was taken into custody.

SHAES said during the course of the incident, a South Haven Police officer was injured in an accident in his patrol vehicle. He was taken to the hospital where he was treated and released.