STARKE COUNTY, Ind. -- The Starke County Sheriff's Office has identified the suspect in a homicide that occurred Thursday afternoon.

The suspect has been identified as 52-year-old James Campbell. 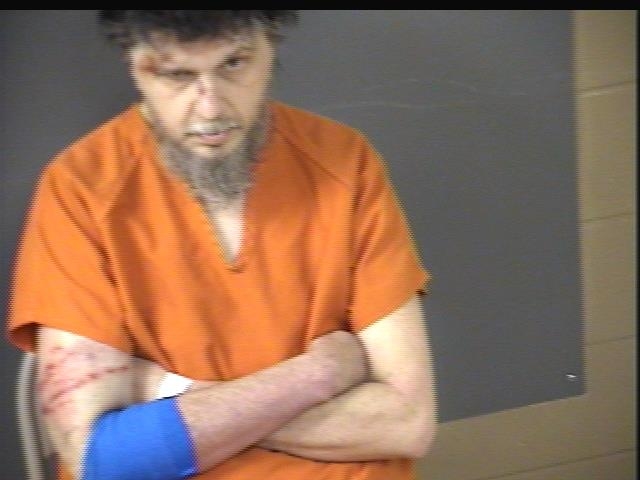 According to a release from the Sheriff's Office, a call for a shooting came in around 2:10 p.m. regarding a male subject found shot and deceased in a home in the 2000 block of CR 550 E.

The male victim has been identified as 75-year-old Randall Bailey.

Authorities were provided with the suspect's name and vehicle description. After locating Campbell, officials say he began driving away from them. Starke County and Knox Police officers pursued Campbell for approximately 30 minutes before finally apprehending him in the area of CR 450 W and CR 150 S.

According to authorities, the pursuit ended in a cornfield and the suspect began to flee on foot. Two deputies chased him into the field. Campbell was then tased but kept fleeing. He was eventually caught and taken into custody by a k9 unit.

Authorities say there is no motive for the homicide at this time, but they say the incident was a result of an argument between the two men. Campbell fired two shots at Bailey, one striking him and the other ricocheting.

Campbell was attending Bailey's birthday party. Campbell is the nephew of Bailey's wife.

Officials from the Starke County Sheriff's office are also saying that Campbell was bitten by a k9 deputy and that he was attempting to hit oncoming cars during the pursuit. The tires from Campbell's trailer were also coming off during the pursuit, putting deputies lives' in danger.

Surveillance video captured by a family living nearly 15 minutes away from the Bailey home showed Campbell speeding by, driving a pick-up truck with a trailer attached.

Amanda said she does not know the Bailey family, but the whole situation is a tragedy.

“There was no reason. It’s senseless. Nobody deserves to lose their life…and on Thanksgiving,” said Cunningham.

Long-time neighbors described the victim as a quiet, kind man.

“He was a nice man. He keeps his place real clean, keeps his road clean,” said Kenny Johnsen, a neighbor.

Betty Ellis, a neighbor living just a few houses down from Bailey, used to work with Randy and his wife, Fran. Ellis and her husband said they are just in disbelief.

“I am so hurt over this…my husband is too, we’re just really torn up. We just couldn’t believe it. It’s awful,” said Ellis.

At this time police have yet to recover the murder weapon. Police say that Campbell was not in legal possession of the firearm.

Officials say Campbell is the only suspect in this homicide investigation.

Campbell is being held at the Starke County Jail without bond. He was arrested in the past for arson, but was later acquitted of those charges.

Campbell will face additional formal charges, according to the Sheriff's Office.

Campbell will appear in court sometime next week.

The investigation into the homicide continues.