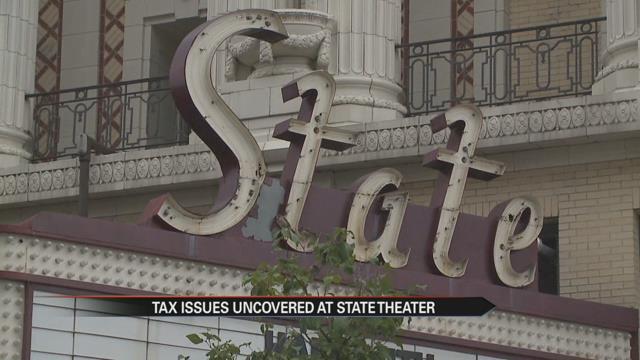 The historic State Theater in Downtown South Bend has closed its doors and on Wednesday ABC 57 uncovered several financial issues that have led to the theatre’s shutdown.

According to a St. Joseph County auditor, the owner of the theater has failed to pay three cycles worth of taxes and now several people and non-profits are paying the price.

Several notices are taped front and center on the doors of South Bend’s State Theater and they all read the same thing:

“Maya Capital has taken over management of the State Theater, any person entering without consent will be trespassing.”

According to a tax sale supervisor with St. Joseph County, the theater's current owner has one year to pay back taxes and redeem his property.

If not, the new buyer of the theater, FNA Indiana LLC,can execute a deed to the property.

“The state was on probation we brought our guys in here, we haven’t had the cops out her at all, the state was actually picking up on business, the money that was coming in we were actually using to redo the state theater and that was everybody’s goal to make this a bigger and better place for everybody to bring the state theater back alive,” said Robert Wagner, a former State Theater employee.

Wagner and the Guardian Angels, a non-profit organization based in Elkhart, were planning a Zombie Prom charity event for Saturday at the theater.

The new venue for the event is at Mishawaka FOP.