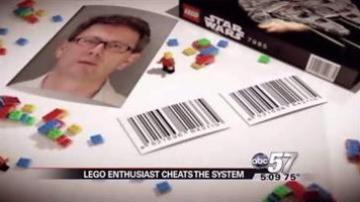 SILICON VALLEY, Calif. -- The vice president of a major technology company in Silicon Valley is facing felony burglary charges and it's all centered around LEGOs.

Police say Thomas Lagenbach used his love of LEGOs and computers to rip off Target stores. They say he put his own barcode stickers on boxes.

His homemade barcodes put prices much lower than their actual value.

"It certainly looks like an ongoing enterprise and to think that we caught him, the only five times he did this, would be difficult to believe," said Cindy Hendrickson, Supervising Deputy District Attorney with the Santa Clara County D.A.'s office

Police photos from a search of his home show dozens of homemade barcodes.