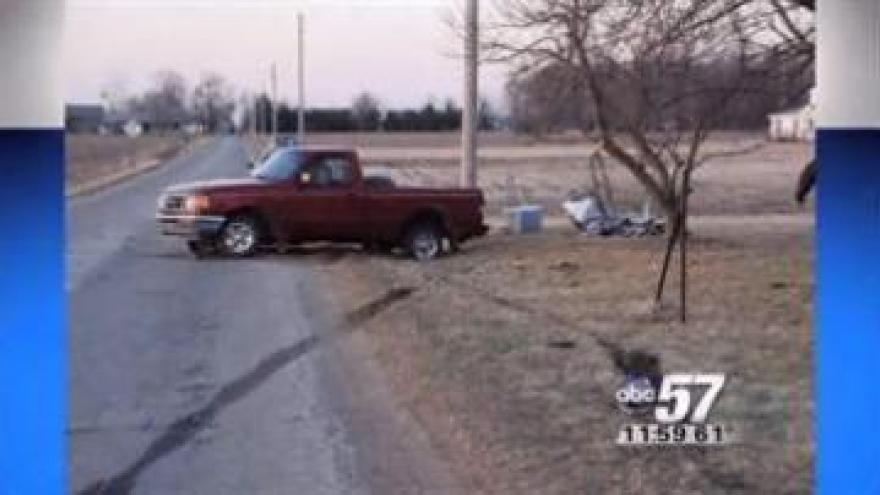 KOSCIUSKO COUNTY, Ind. – A 13-year-old boy is in stable condition as of Wednesday morning. Deputies say he was hit while riding his bicycle, by a speeding drunk driver, Tuesday around 5:30 p.m.

Deputies say two men drove away from the scene near the intersection of County Road 800 North of 900 West. They were later caught nearby. Deputies surrounded a barn with a K-9 unit, where they say one of the men tried to hide out.

John R. Chupp, 22, of Nappanee and Anthony Wayne Slabaugh, 23, of New Paris, were both arrested. Chupp will be charged with felony leaving the scene of a personal injury accident and operating while intoxicated/causing serious injury.  His passenger, Slabaugh, faces charges of fleeing law enforcement and public intoxication.

Witnesses say Chupp ran a stop sign at the intersection before hitting the teenage boy. The 13-year-old was airlifted to South Bend Memorial hospital with a head injury.