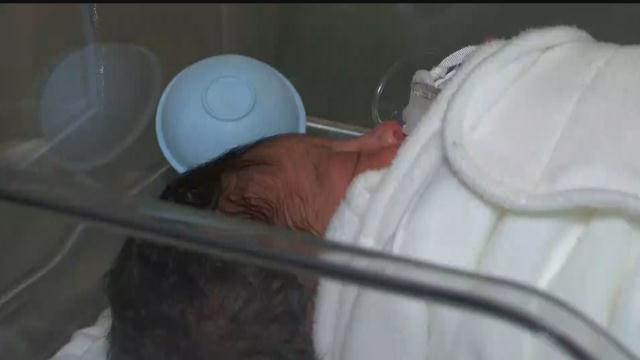 RACINE, Wis. -- (CBS58) -- A Racine teenager says she went nine months having no idea she was pregnant.

That is until she unexpectedly gave birth at home on Tuesday morning.

Racine Police sent the 17-year-old girl and child to the hospital.

The teenager said she was using the bathroom and a baby fell into the toilet.

The newborn is in the NIC-U at Wheaton Franciscan Healthcare.

Braeley Pettigrew said she had been sick.

She thought she was having a tough bowel movement, looked down and saw a baby boy in the toilet.

She became scared and she cut the umbilical cord and wrapped the baby up.

She told her mom someone left it outside on the porch.

Her mom called police who she said quickly noticed blood on her clothes.

“I never thought I would be having a baby at 17, but my first instinct was to get him out of the toilet and wrap him up to keep him warm,” said Braeley Pettigrew.

The teenager told police she made up the story about the abandonment because she  was afraid her mom would be upset.

She told the truth after her mom sent her a text message showing support.

According to police, Braeley Pettigrew doesn't face any charges.

After deciding to keep him, she named the baby Kayden.

The family said they planned to go on college visits during spring break. They said Pettigrew has a good GPA and plays high school basketball.

She still has plans to finish high school and go to college.