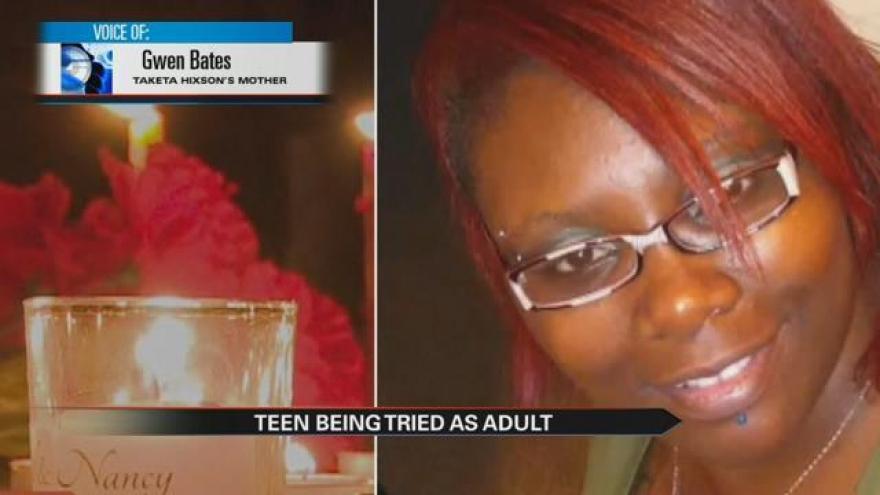 Beef between kids, may have lead to an Elkhart mother's death.  And now, the teen accused of blasting a bullet in her home, is being tried as an adult.

Gwen Bates, Hixson's mother,  is happy that the suspect will continue to be off the streets, but it doesn't replace her daughter.

Our reporting partners at the Elkart Truth were in court Thursday, and they went through the newly released court documents.

Court documents stated that Honorable had threatened to get a gun, following an argument with a teen in Hixson's home. Someone tried to warn them he was on their way, but it was too late.

Too late for the family to protect themselves, and for Hixson to survive.

She's trying to deal with the grief, but, she says, "it's just really hard."

A judge entered a not guilty plea for Honorable, and his trial date is set for May 15.