Cool weather has forced its stay in Michiana for the past week, and today the trend continued. Temperatures were eleven degrees below average, and comparable to the record-coolest high temperatures for this date in history. 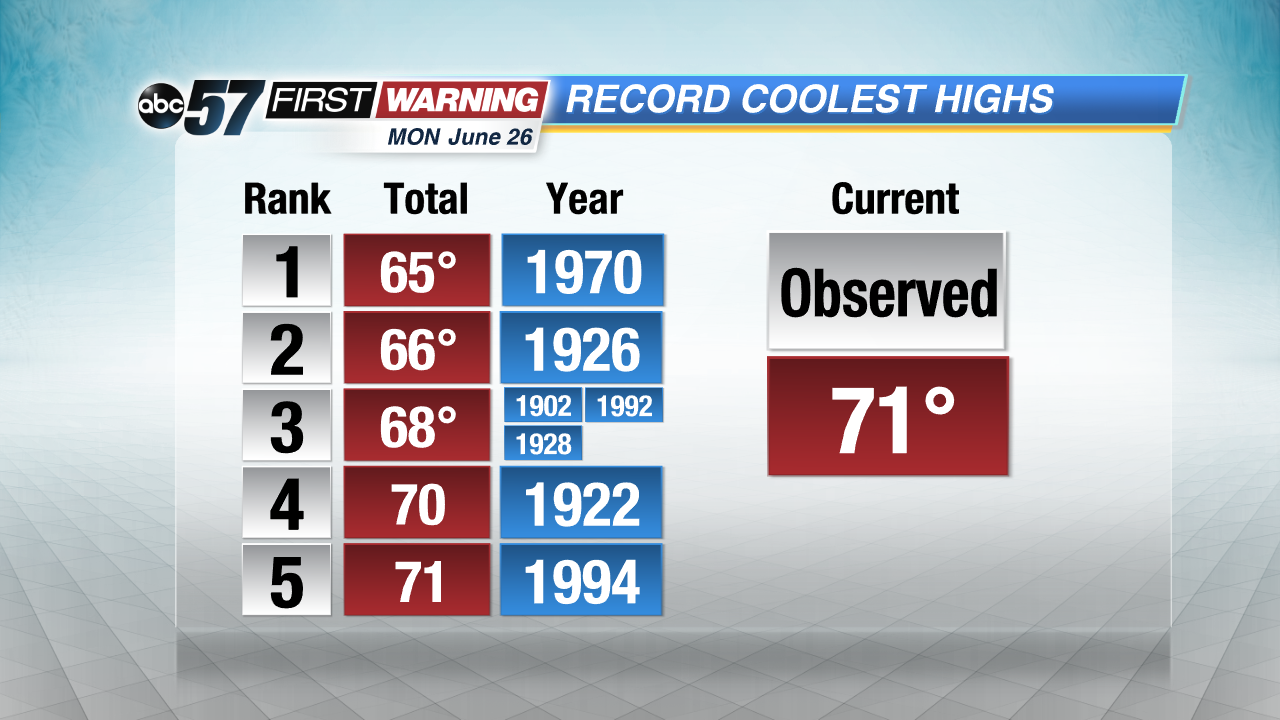 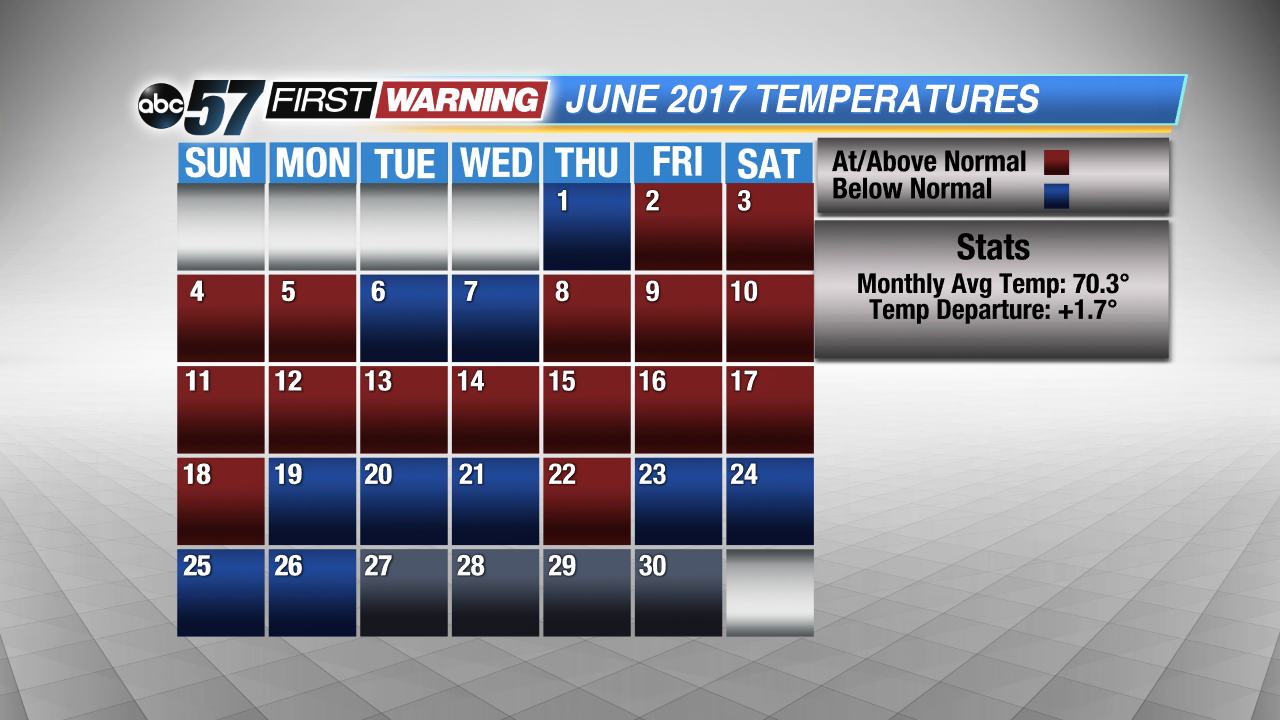 The strange part is that the swing in temperatures is backwards. Naturally, Michiana has cooler weather during early-June than late-June, but not this year. The comparison between the first and second halves of June shows what is normal versus what Michiana has seen so far. 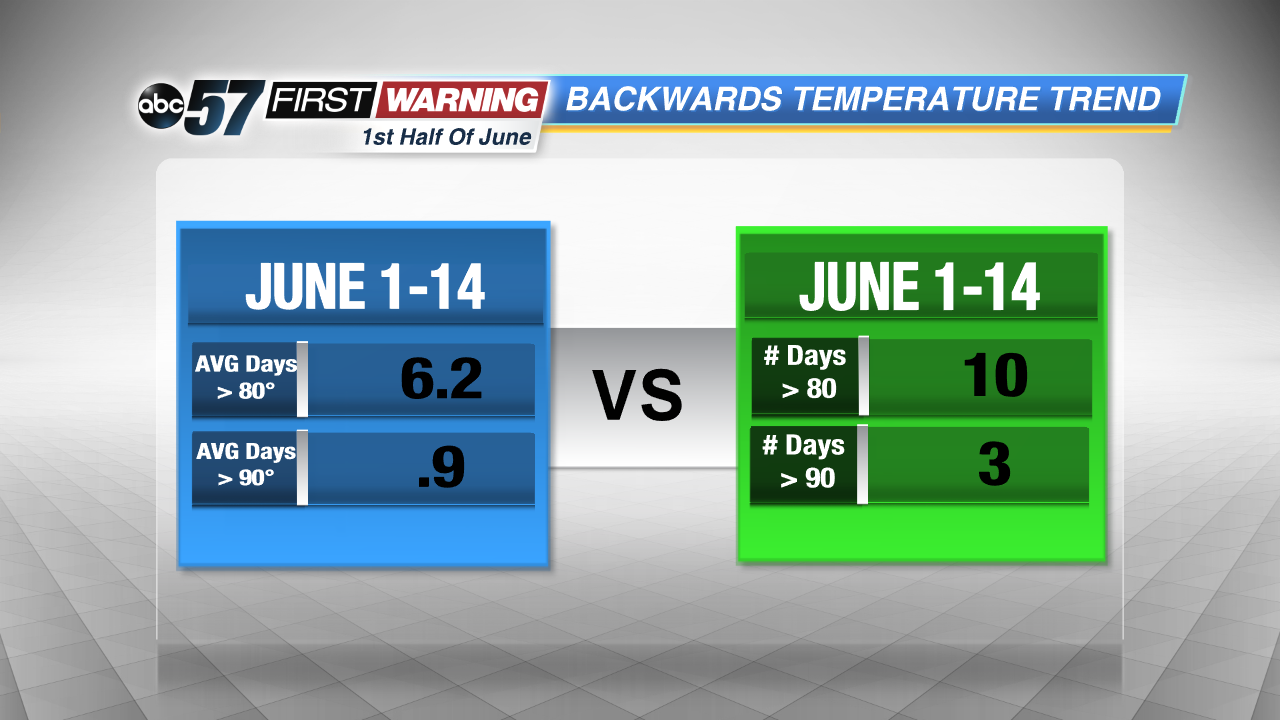 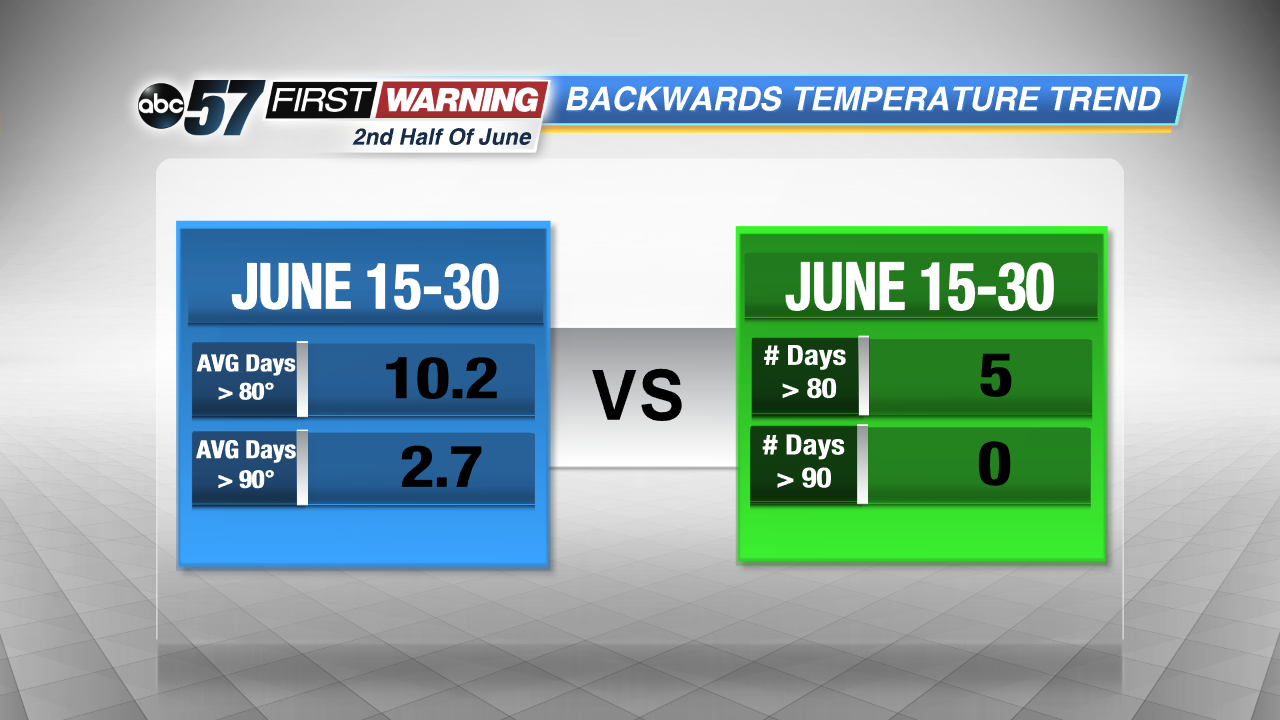 When will the summertime heat return? It looks like the second week of July some warmer temperatures will be on the way.