US Air Force looks to past decades for new uniform design 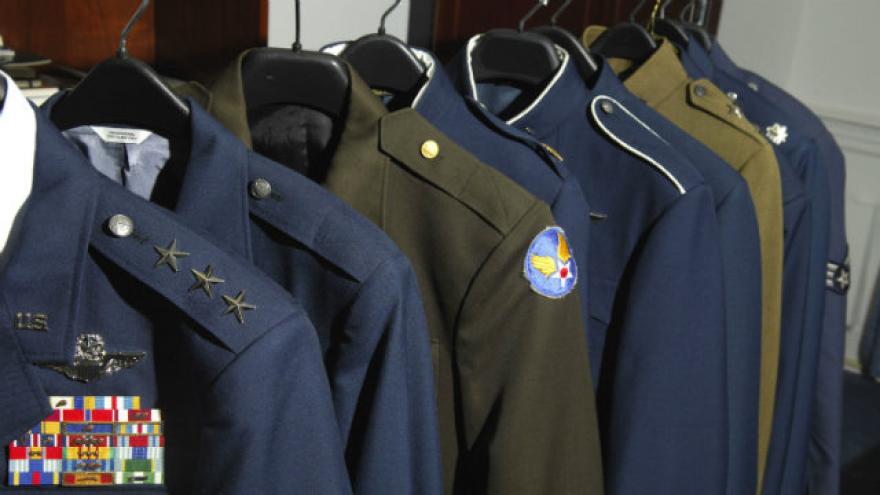 The Air Force will look through 7 decades worth of uniforms for inspiration. Photo courtesy Tech. Sgt. Cohen A. Young / US Air Force

(CNN) -- It looks like the Air Force will be sticking to the classics and going back in time to find the perfect design to update its service dress blues uniform.

The uniforms, usually worn to official events and considered the business suits for the military, might well get a makeover inspired by suits worn throughout its 70-year history, reported the Air Force Times.

"We'd like to get back to a little more heritage on the jacket," Chief Master Sgt. of the Air Force Kaleth Wright told the paper.

"Potentially adding two additional pockets and bringing it into more of a military-style jacket."

According to the paper, Wright believes the main reason the Air Force is considering the change is because there's a feeling that the current service jacket has distanced itself too far from the Air Force's identity. "It has kind of begun to mirror more of a business suit ... than a military service uniform, so we want to make some changes in that arena," Wright said.

The current jackets are a deep navy blue, and the pockets are purely decorative.

Even though the Air Force has not made a decision about which decade will provide the most inspiration for its new look, it appears there's a shared concept that has been floating around through different branches of the military.

The US Army tested out a prototype of their possible new uniforms back in October that resembles the ones worn during the World War II.

The Army's current uniform is mainly blue, and the prototypes are mostly green, with very subtle shades of pink, which they call "Pinks and Greens."

But According to the Army Times, these designs are still under consideration, and they will release a final decision by November 11, of this year.

As for the Air Force, it is hoping to test some uniform prototypes next year. Like the Army, it will collect feedback and possibly release the new uniform around mid-to-late 2019, the Air Force Times reports.

CNN reached out to the Air Force for further comment.