The 'Best of the Best' is revealed at Four Winds Field 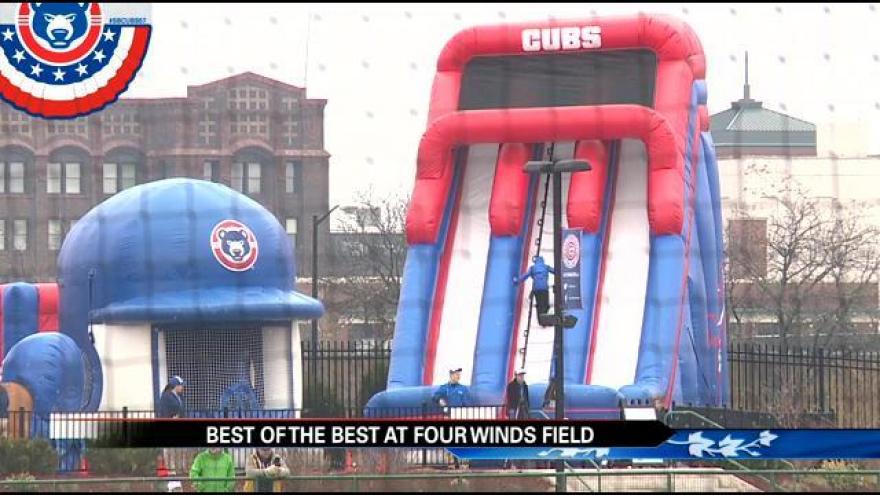 SOUTH BEND, Ind. - The day has come where all the work done during the off season will be revealed. Employees at Four Winds Field worked 10 to 12 hour days leading up to opening day. The South Bend Cubs' management says if you attend a game this season all your senses will experience the best of the best.

“We take a lot of time in the off season just looking at everything that the fan would experience,” says Peter Argueta, Assistant General Manager of the South Bend Cubs.

Argueta has worked at Four Winds Field for almost 10 years and says one of the main goals this season is for fans to experience the “best of the best.” The South Bend Cubs are promising that all five senses will be heightened.

“Creating something very memorable and magical so to speak, even the smells, the looks, anything that the fan would see we want it to be special,” says Argueta.

Visually you'll notice some changes at Four Winds Field including a new video board with higher resolution. The once synthetic turf is now green and fluffy, meaning fans will smell freshly cut grass every time they fill that park's seats.

“We want them to have the best experience possible and we strive for that day in and day out and a lot of the off season was planed around that,” says Joe Hart, President of the South Bend Cubs.

Hart says no detail, no matter how small, was overlooked.

“Food and beverage is part of the experience when you come out to the ball park,” says Hart.

Fans will be able to snack on the Fenway Frank from Boston, the hot dogs voted best in Major League Baseball by the Baseball Writers' Association.

Fans of all ages will be able to get their hands on interactive activities like a plinko board and games inside the Fun Zone for kids.

“Anywhere you walk around the stadium there is something for you to see, touch, feel, and smell,” explains Argueta.

The South Bend Cubs are also catering to your ears. Hart hopes the carefully selected music will be a hit. Some of the music that will be played this season is based off the Oakland Athletics who are known for playing the greatest of the 60's 70's and 80's.