The city of Benton Harbor is getting safer 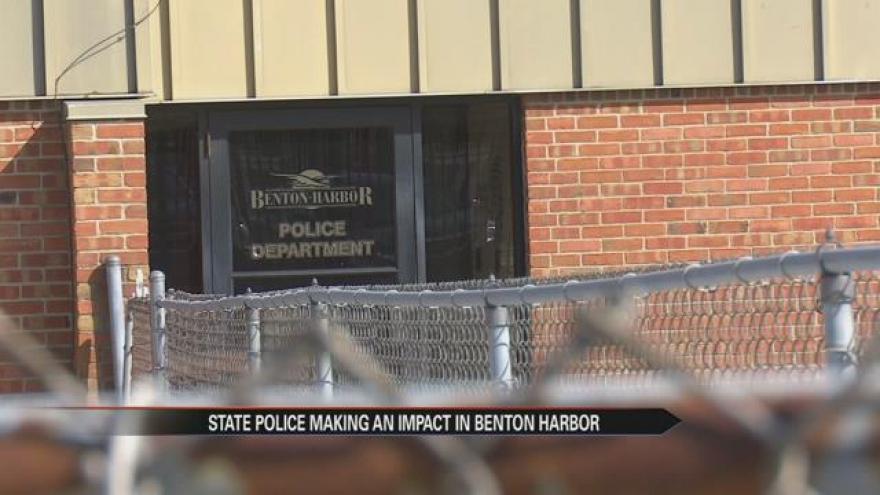 Results from a partnership with state police show violent crime in Benton Harbor is steadily decreasing.

“We’re not getting behind like we were before,” said Dan McGinnis, director of Benton Harbor’s Department of Public Safety.

The department was short-staffed and struggling until state police stepped in in 2015.

“What we’ve seen in 2016, it looks like we’ve had probably a 20-percent decrease in violent crime,” said Michael Brown, a Michigan State Police captain who oversees the ‘Secure Cities Partnership’ in Benton Harbor.

About 10 cities with high crime rates throughout Michigan are taking part in the program.

In Benton Harbor, the number of aggravated assaults, robberies, property crimes, burglaries and more all decreased in 2016, after three Michigan State Police detectives started working full-time in the city.

“There were cases that got kind of cold because we didn’t have the resources to be able to either delegate – and go back and get those – or have enough to finish this quickly and still get back on [our] caseload,” said McGinnis, referring to before the program came to Benton Harbor.

The city originally had only two detectives who were often drowning in investigations that ranged from home invasions to murders.

Now, there are five detectives in Benton Harbor.

“That detective bureau became very efficient at solving crime,” he said. “So then we didn’t have continued repeat offenders.”

McGinnis said his department is becoming proactive and less reactive thanks to the program.

A safer city means the number of calls to police is dropping – McGinnis presented statistics showing there were more than 3,000 less calls made to his department in 2016 compared to 2011.

And starting in May, two state police troopers will be on patrol solely in Benton Harbor.

“That’s going to be huge for us because we’ll be able to have equal protection throughout the entire city,” said McGinnis. “And for something that requires our attention, we can shift resources but not lose anything else. That’s huge. That’s huge for safety for the citizens.”

The two new troopers will still wear their state police uniforms and drive around in state police cruisers, but McGinnis is hopeful having them on the ground will mean more interactions with the community.

He said his department still has a long way to go, but this partnership has helped them make significant progress in the last year and a half.