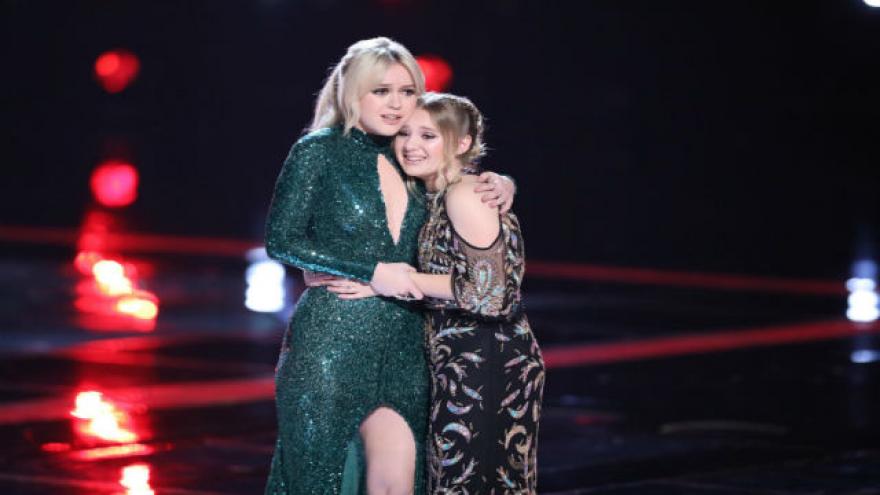 (CNN) -- In the end, it came down to a 23-year-old rocker from Nashville, Tennessee, and a 16-year-old crooner from Fort Wayne, Indiana.

Host Carson Daly announced Tuesday night that Chloe Kohanski triumphed over Addison Agen to take home the trophy for Season 13 of "The Voice."

The win topped a two-hour live finale that featured star-studded performances including N.E.R.D., Sia, Jessie J. and a duet of Kohanski and legendary rocker Billy Idol.

Runner-up Agen gave an emotional performance of Tim McGraw's "Humble and Kind" and ended the song in tears, unable to finish.

It was the sixth win for coach Blake Shelton, who had some fun with his recent People magazine "Sexiest Man Alive" designation by wearing a jacket with the title emblazoned in rhinestones on the back.

As the winner, Kohanski will join "The Voice: Neon Dreams," a Las Vegas residency featuring former contestants which is set to open in the spring at the Hard Rock Hotel & Casino.