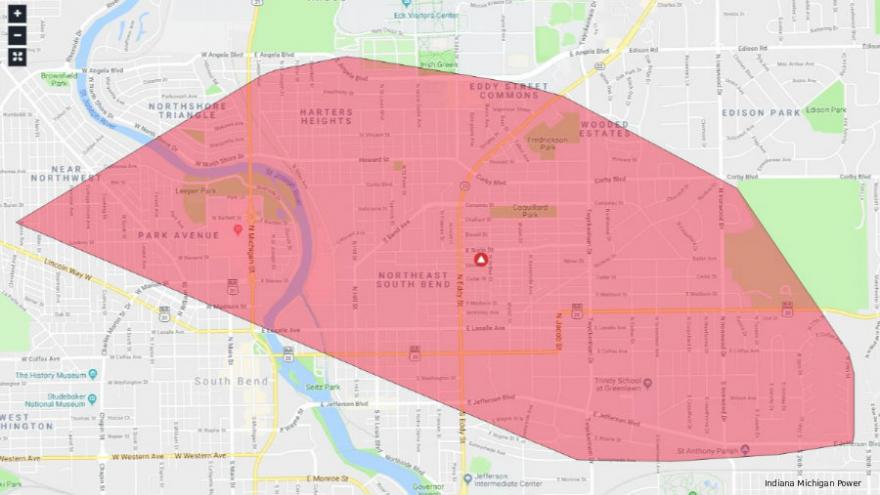 SOUTH BEND, Ind. – Electricity has been restored to those who live and work just south of the University of Notre Dame's campus after a third power outage in a week.

Areas in the Northeast side of the city included Leeper Park, Eddy Street Commons, Portage Avenue to California Ave, and Twyckenham Drive from south of Angela Boulevard to Sunnymeade Ave.

Multiple traffic lights out on South Bend Ave. near Eddy St. due to the power outage. pic.twitter.com/bEZ6SafO8W

I&M says a cable malfunctioned in an underground subsystem, which triggered a breaker.

Outage Update: An outage affecting approx 3,500 South Bend area customers should be restored around 10am. The cause is an underground equipment issue.

Customers northwest of the South Bend International Airport, near the Indiana Toll Road and Cleveland Road did experience a planned outage. I&M says these customers were notified.