Threat of more snow after second nor'easter in a week 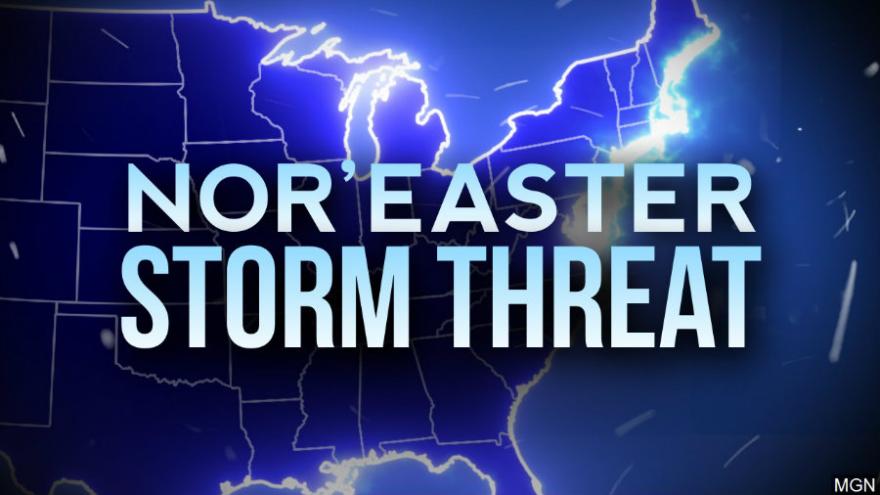 (CNN) -- Still digging out from a nor'easter that buried parts of northwestern Massachusetts with up to 2 feet of snow, a new storm could deliver more snow and strong winds to the East Coast early next week.

Forecasters are tracking another coastal storm with the potential for snowfall in Virginia and West Virginia on Sunday into Monday.

Both the American and European computer models now point to the system moving farther out over the Atlantic, with little impact on the Northeast. But that forecast could change.

Areas closer to the coast that were hit the hardest with the last storm won't see any snow this weekend, Ward said.

The new coastal storm threat comes after the second nor'easter in a week left at least one person dead, while hundreds of thousands of homes on the East Coast remained without electricity.

As of 7:45 p.m. Friday, 250,105 customers are without power from Virginia to Maine after the region's second major storm whipped the area with heavy snow and stiff winds, downing power lines and leaving precarious road conditions.

Boston recorded 6 inches of snow Thursday, while parts of northwestern Massachusetts saw up to 24 inches, the National Weather Service said.

The storm dumped heavy, wet snow at an intense rate in Pennsylvania, New Jersey, New York and southern New England, especially west of Interstate 95, with accumulations of 2 feet or more reported in some areas.

Police attributed at least one death to the storm: Barbara Soleski, 88, died after a tree fell and struck her Wednesday evening in the village of Suffern in southern New York, police said.

In Franklin Lakes, New Jersey, a man died in a vehicle that police said was engulfed in flames, while a live power line was on the roadway near it. It's unclear if the death, which is under investigation, was directly caused by the storm.

Winds and snow brought down plenty of power lines, piling on to the crippling outages remaining from last weekend.

The storm packed gusts of 30 to 50 mph -- a far cry from the 90-mph gusts recorded during the weekend storm -- but still damaging.

Some communities outside Philadelphia, such as Rosemont and Wrightstown Township, recorded more than 1 foot of snow.

New Jersey was walloped, with some areas reporting more than 14 inches.

In New York state, Sloatsburg topped the list of most snowfall Wednesday night, with 26 inches within 24 hours, according to the National Weather Service.

The snowstorm also brought a rare phenomenon in some parts of Pennsylvania, New Jersey and New York, the weather service said. Known as "thundersnow," it's snow paired with lightning and resulting thunder.