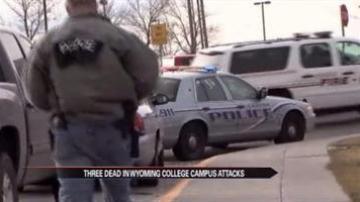 CASPER, Wyo. -- Three people are dead after an attack at Casper College in Wyoming.

Just after 9:00 a.m. a call was made for a "traumatic injury" but when officers showed up they found multiple victims.

One victim was a Casper College faculty member. Another was a suspect who died of an apparent suicide.

But authorities say the suspect was not a current student. Police say one of the victims was stabbed with a "bow-and-arrow-type" of weapon.