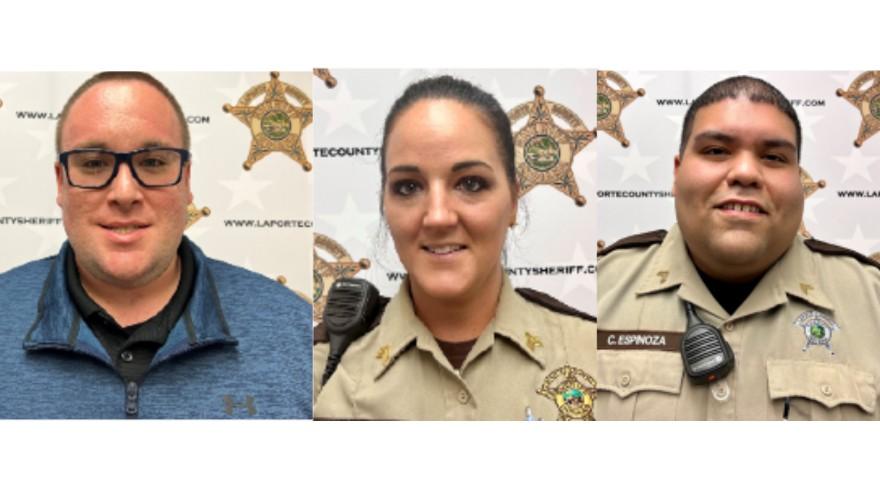 Sergeant Jeff Holt was promoted to Assistant Jail Commander, having served since December 1, 2014. He graduated from Michigan City High School in 2012 and lives with his spouse and four children in Michigan City.

Sergeant Jamie Eguia was promoted to Afternoon Shift Sergeant, having served since December 17, 2018. She graduated from Michigan City High School in 2000, is a US Army veteran and lives with her spouse and four children in rural La Porte County.

Corporal Carlos Espinoza was promoted to Afternoon Shift to aid in daily operations and supervision, having served since July 2, 2018. He graduated from Thomas A. Edison High School in 2008 and lives with his son in Lake Station.