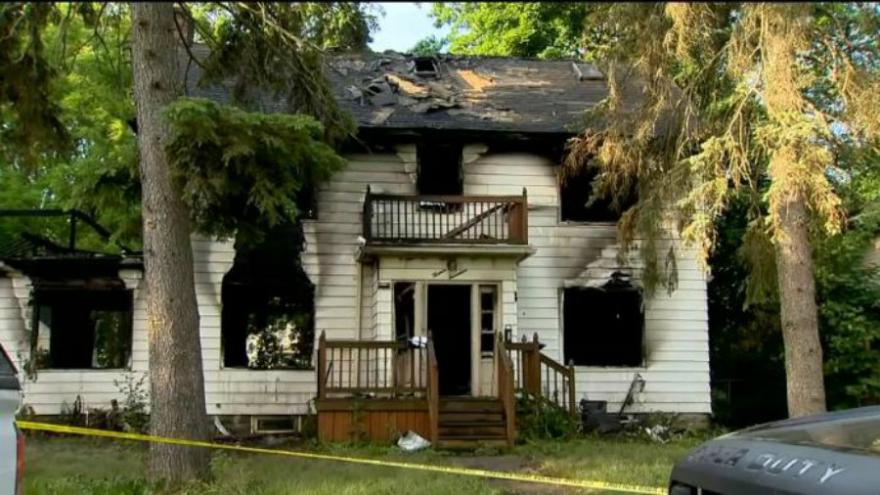 FLINT, Mich. (CNN/WJRT) - Investigators say three people are dead after a fire at a home on Flint's north side.

It happened around 2:30 a.m. Monday on Greenway Avenue near Bassett Park. Firefighters say the home was engulfed in flames when they arrived.

Investigators tell ABC12 News a man and his two teenage children were found dead in the home. They say the man's wife jumped from a second story window. She was taken to Hurley Medical Center.

She ran to the neighbor’s, asking for help. The couple who lives next door called 911.

"It is difficult to deal with regardless of the age. It’s always a tragedy when we lose someone, especially to a fire like this, but the fire investigators is going to work to determine what the exact cause of the fire was,” said Sgt. Bruce Payne, of the Michigan State Police.

That mother is in the hospital right now - at last check she is suffering non-life threatening injuries.

We don't have names at this point, but the mother told neighbors they don't have any extended family.

There is no word yet on the cause of the fire.