Three storms raging in Atlantic -- with one eying Irma's path 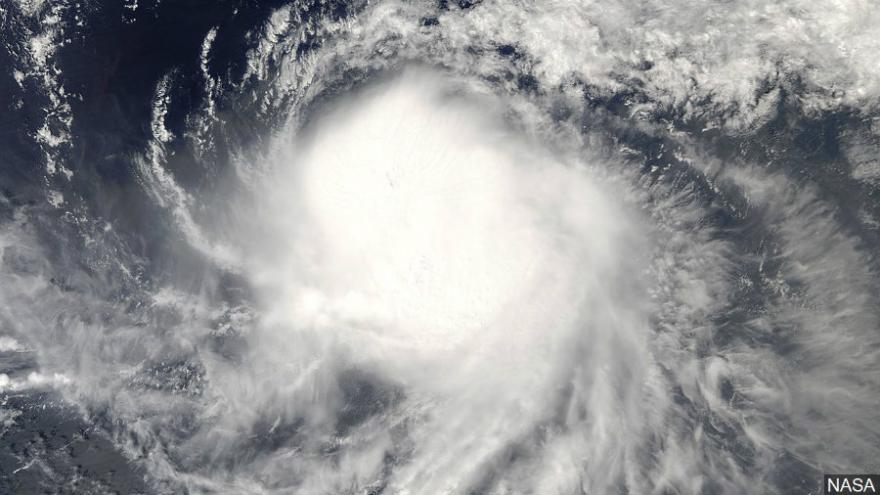 (CNN) -- Three storms are spinning through the Atlantic, with one already a hurricane and another forecast to strengthen and threaten areas battered by Hurricane Irma last week.

Tropical Storm Maria formed Saturday in the western Atlantic Ocean and is expected to be a hurricane by late Monday and a major hurricane by Wednesday, the National Hurricane Center says.

By early Sunday, Maria was about 500 miles southeast of the Lesser Antilles, packing maximum sustained winds of 50 mph. The storm is moving toward the Caribbean at 16 mph, according to the center.

The core of Maria was expected to hit the Leeward Islands in 48 to 72 hours, and then move toward Puerto Rico in four days then on toward eastern Hispaniola (Haiti and the Dominican Republic) in about five days, the NHC said.

That means areas devastated by Irma could again be dealing with hurricane conditions by Tuesday or Wednesday.

"Maria could also affect the British and US Virgin Islands and Puerto Rico by mid week as a dangerous major hurricane, and hurricane watches could be issued for these islands as early as Sunday. Interests in these areas should monitor the progress of Maria and follow any advice given by local officials," the NHC said.

The center warned that rapid intensification was a distinct possibility and "it would be no surprise if Maria got significantly stronger than currently forecast."

Jose currently has maximum sustained winds of 80 mph and is expected to remain a hurricane through Monday night, the Hurricane Center said.

Areas of the east coast of the United States from North Carolina to New England should monitor the storm's progress, it said, with tropical storm watches possible during the next day or two.

"While Jose is currently forecast to remain offshore of the US coast from Virginia northward to New England, the large cyclone could cause some direct impacts to these areas and any deviation to the left of the NHC forecast track would increase the likelihood and magnitude of those impacts," the hurricane center said.

Swells generated by Jose were affecting Bermuda, the Bahamas, the northern coasts of Hispaniola and Puerto Rico, and much of the US east coast, it said. Dangerous surf and rip currents are likely for the next several days.

Lee is spinning about 760 miles southwest of Cape Verde off northwest Africa and packing maximum sustained winds of 40 mph, according to the National Hurricane Center.

Lee is weakening and is expected to disappear completely within five days, the center said. No land warnings have been issued.