Through a doctor's eyes: a look into Kyle Schwarber's injuries and the inspiration 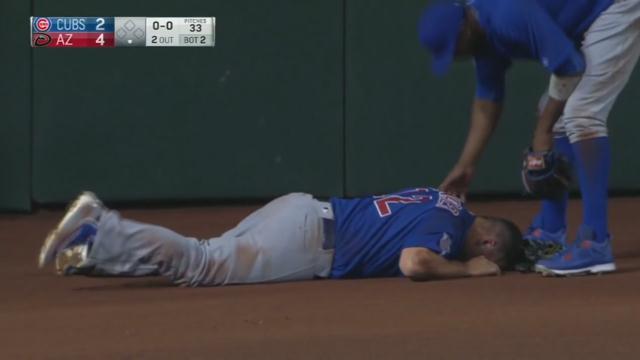 When Chicago Cubs' outfielder Kyle Schwarber collided with another player in April, tearing both his ACL and LCL, many fans thought his season was finished.  But with Game Three of the Fall Classic Friday evening, fans are hoping that Schwarber can wow and inspire them again.

Dr. Michael Yergler with South Bend Orthopedics says Schwarber's injury was serious.  Both injuries separately, can take six months to heal. Schwarber was fortunate, as he injured them both at the same time.

Now, just over six months later, he is back on the field. A feat that is not easy.

Yergler says, its a show of Schwarber's hard work and dedication.

But Schwarber's proving anything is possible.

He surprised fans with batting well during Game One.  And now, eyes are on him as he hopes to help lead the Cubs to a victory.

Yergler says, Schwarber's story is one of inspiration, and show's that anything's possible with determination and a little luck.

Luck and fate is everywhere in this historical moment.  Yergler attributes Schwarber being able to play in the Classic, to how his injury took place.

Because his injury was at the start of the season, back in April, and the Cubs played very late this year, he was able to make it to the end of the season.

And, all of the pieces seem to be falling in place.

To Yergler, and generations of Cubs fans, its just one more part that seems to be meant to be.