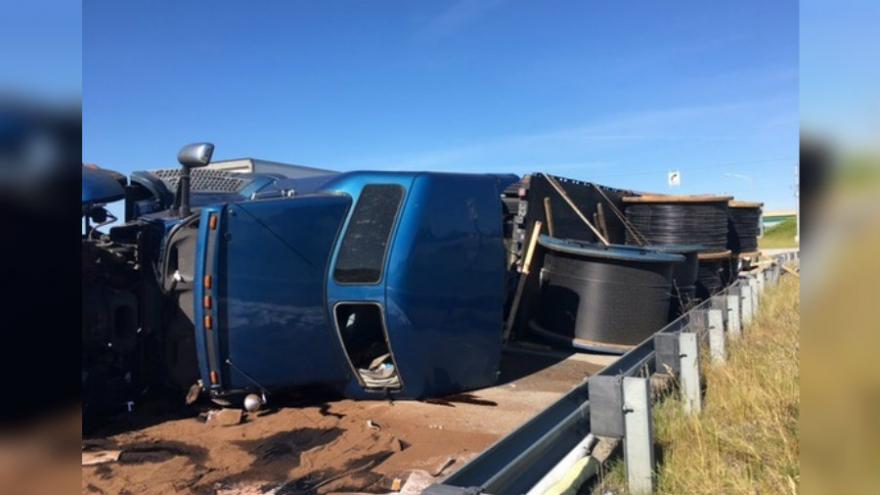 LAKE COUNTY, Ind. -- While exiting I-65 early Thursday morning, a tired driver of a semi-trailer rolled his truck on a ramp with his wife and puppy inside.

Indiana State Police say the driver, 56-year-old Robert Myles of Atlanta, reported he was feeling tired while exiting to Lowell and took the turn on the ramp too fast, causing the 10 coils of wire he was hauling to shift and roll the truck.

Myles’ passenger, his wife and co-driver 41-year-old Tyra Myles, was sleeping and became pinned inside the cab.

He was able escape along with his puppy by breaking the windshield.

Both he and his wife were sent to Saint Anthony’s Hospital in Crown point for treatment of non-life threatening injuries. The puppy was not injured in the crash.

According to troopers, Myles was cited for speeding.

A Hazardous Material crew was called to the scene to clean up oil and diesel fuel that had leaked from the truck.