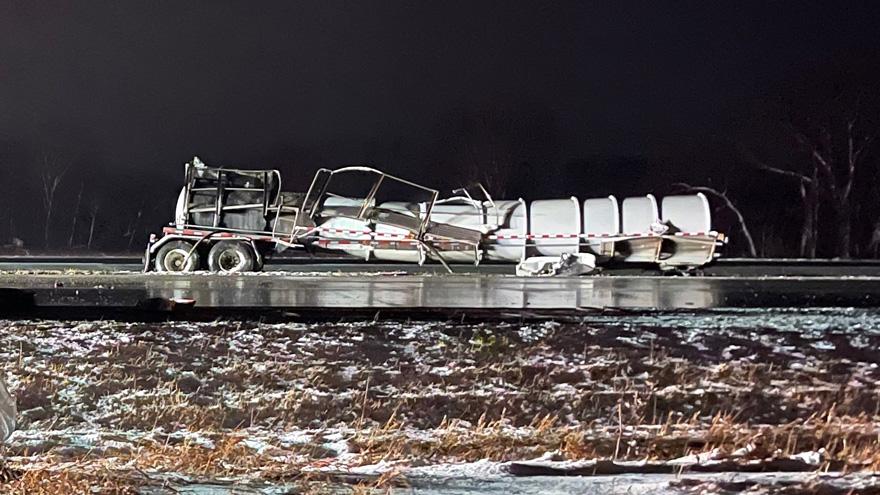 LA GRANGE COUNTY, Ind. -- Traffic on the Indiana Toll Road was restricted late Thursday into early Friday after a semi crashed, killing its driver and spilling hazardous materials in the roadway and median, according to Indiana State Police.

Around 8:30 p.m., 35-year-old Omar Peasont was driving a semi with a bulk liquid tanker eastbound on I-80 near the 129.5 mile marker in La Grange County when the semi went off the road and into the median.

The semi and tanker rolled, causing the tanker to separate from the cab, reports said.

The overturned tanker came to a rest in the median and the cab ended upright in the right eastbound lane, police said.

The first officers who responded to the scene attempted to rescue Peasont, but the damage was so significant they were unable to get him out on their own, police said. Police believed he was already deceased.

Officers realized hydrochloric acid was spilling from the tanker and the immediate area was evacuated while the spill was cleaned up, reports said.

Both the eastbound and westbound lanes of the road were shut down.

Once the area was safe, Pleasont was removed from the wreckage, police said.

The roadway reopened around 3 a.m.