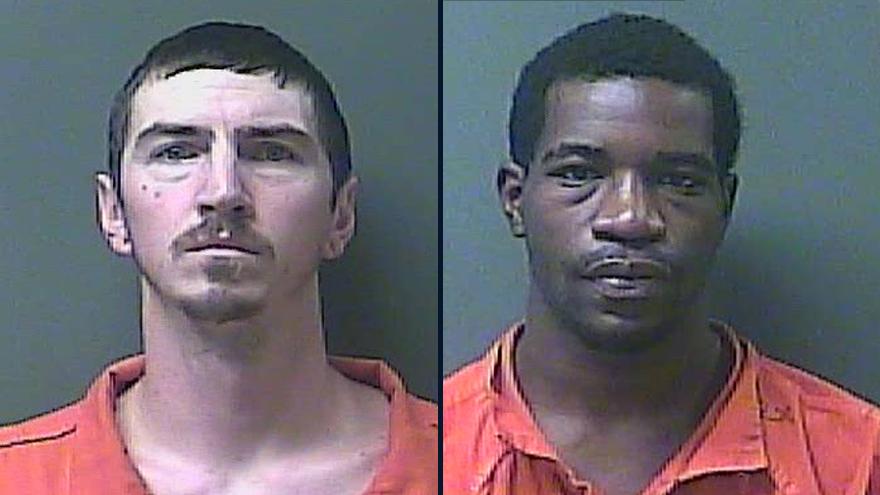 LA PORTE COUNTY, Ind. -- Two drivers were arrested in separate traffic stops for allegedly carrying a handgun without a license, according to the La Porte County Sheriff’s Office.

Sunday morning, a deputy noticed a vehicle that disregarded a stop sign on CR 200 N at CR 100 W and initiated a traffic stop.

During the traffic stop, 29-year-old Dustin Carpenter, was found to be in possession of a handgun.

Carpenter was taken into custody on a preliminary charge of carrying a handgun without a license.

Carpenter posted bond and was released later that day.

Sunday afternoon, a deputy witnesses a vehicle on US 20 fail to signal for two lane changes and drive over the speed limit, reports said.

During a traffic stop on the vehicle, the driver was found to be in possession of a handgun.

Demario Beatty, 24, was taken into custody on a preliminary charge of carrying a handgun without a license prior conviction and never receiving a license.

He was also wanted in Tipton and Fulton counties.

“The removal of these firearms and arrests are the direct result of proactive traffic enforcement. To increase public safety, deputies will continue to seek out and remove weapons from subjects who are unlicensed and/or not permitted to possess firearms,” Captain Derek J. Allen said.