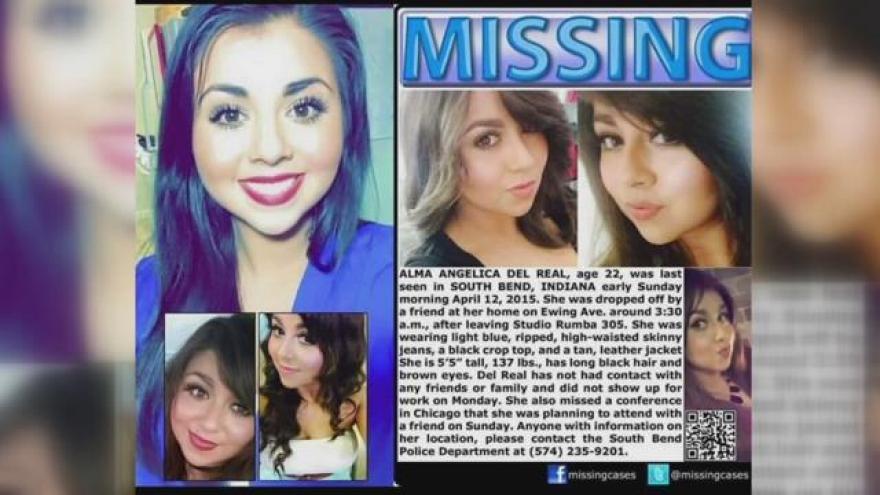 Now, a little more than a year later, her accused killer will go to trial on Monday, after a months-long delay earlier this year.

Family members of Alma Del Real told ABC 57 news in February that they were shocked and upset after learning the trial against Alberto Cruz was pushed back to Monday, May 16.

In April 2015, Alma Del Real was reported missing after spending the evening at a bar with Alberto Cruz.

Family members reported she missed a weekend conference in Chicago and didn’t show up to work that following Monday.

At first, Cruz told police he went right home after dropping Del Real off but then  court documents show he changed his story several times before leading police 50 miles away to Marshall county to show them Del Real’s body five weeks after she went missing.

According to court documents, the condition of her body was consistent with Cruz’s statements that he allegedly killed her on April 12.

The jury trial is scheduled to begin at 1:30 p.m. Monday afternoon.