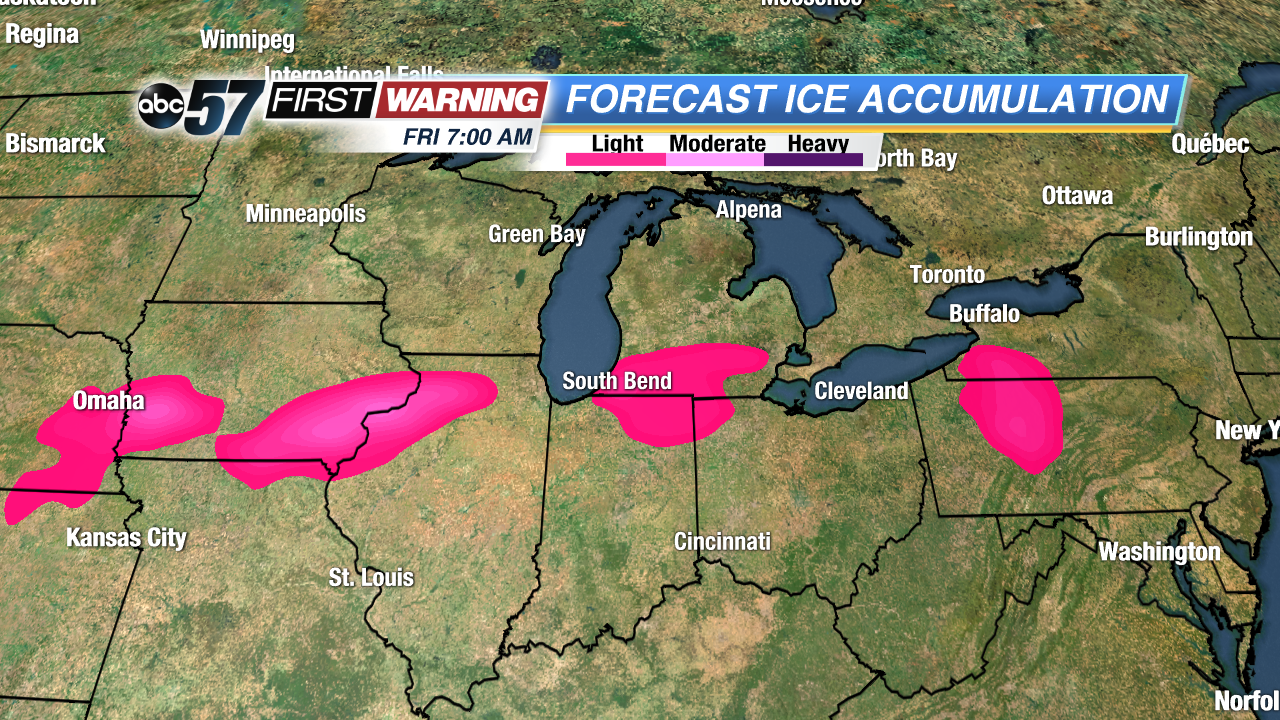 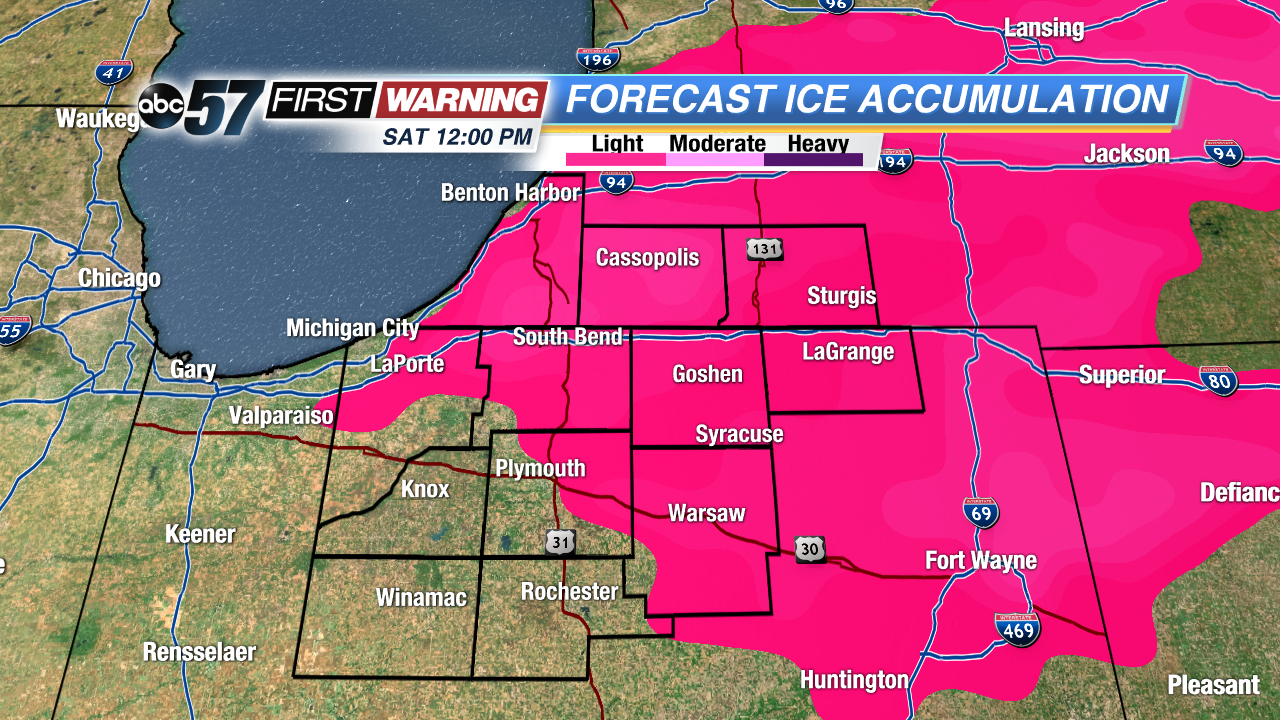 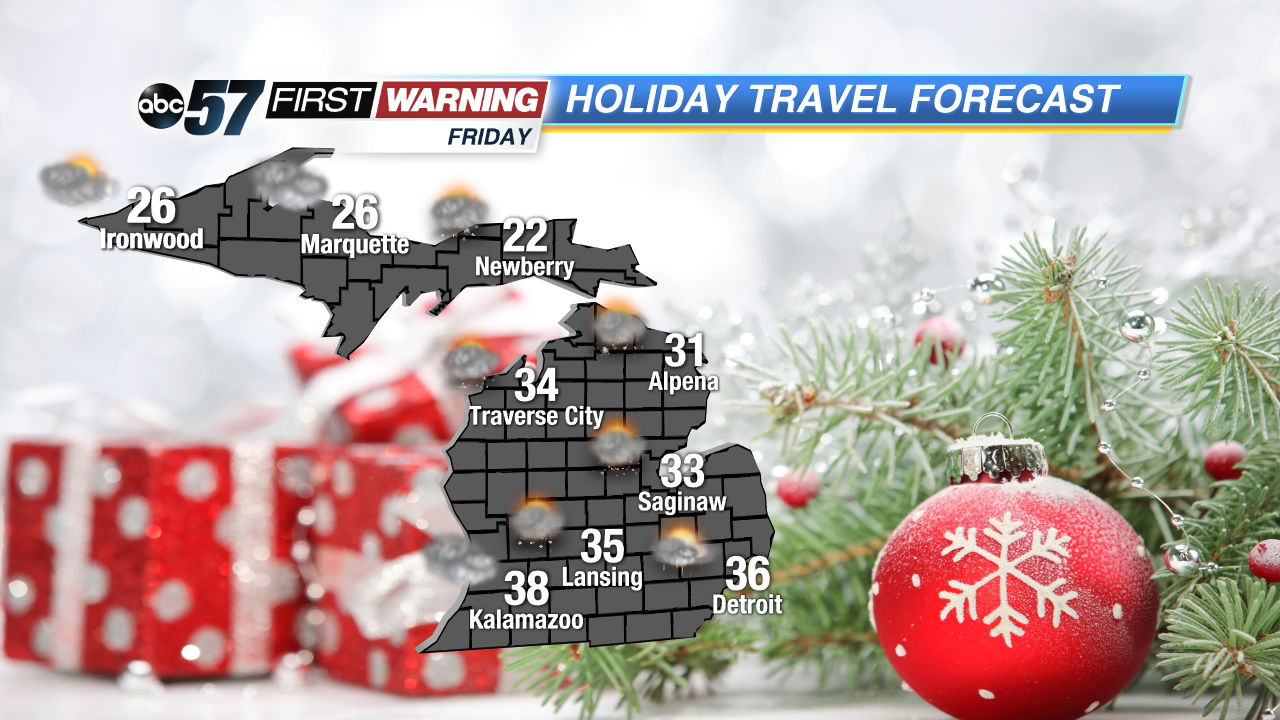 Friday is likely going to be one of the biggest travel days of the year as many hit the road to get to their destination before Christmas. It's also the last weekday before the big holiday weekend. As a result, roads and highways could be quite busy throughout the day. If you find yourself having plans to travel locally or regionally on Friday, there is a weather system moving through that could hinder your commute just a bit. 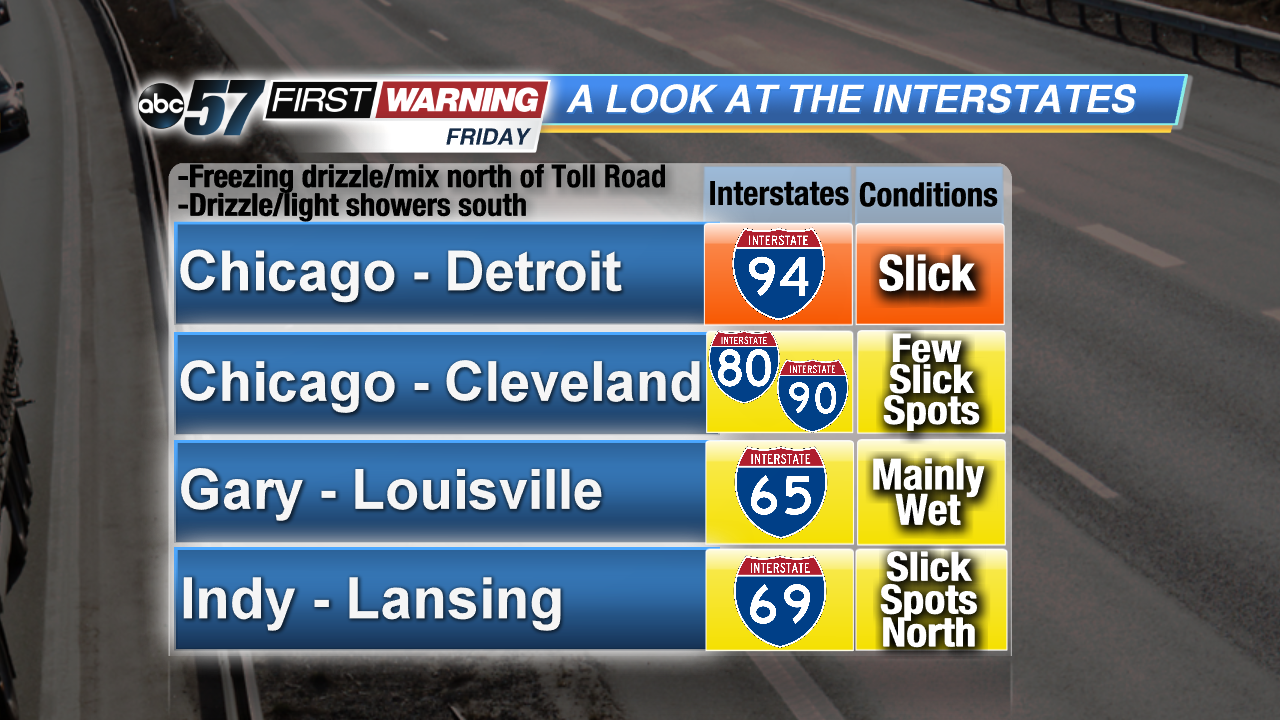 Mainly the first half of Friday.

If you are driving in Michiana Thursday night or the first half of Friday, prepare for cloudy skies and a chance of light precipitation. In terms of what kind of precipitation to expect, that is the tricky part at this juncture. Temperatures will be hovering around the freezing mark tonight into Friday morning. Locations south of South Bend could remain in the 32-34° range. Meanwhile, Berrien, Cass and St. Joseph Counties in Michigan could stay a few degrees colder. As a result, predicting exact precipitation types is a difficult task. However, it appears as though light showers or drizzle will be the dominant form of precipitation tonight into the first half of Friday along and south of the Toll Road. If you are in New Carlisle, South Bend, Mishawaka, Elkhart, LaGrange, Benton Harbor, Cassopolis, Niles, or Sturgis areas, there could be some light freezing rain or freezing drizzle at times. In fact, our forecast models suggest that we could see some very light ice accretion by Friday afternoon. While not everyone in the pink shade will see ice, it is certainly a possibility in those locations remaining at or below freezing, especially on bridges, overpasses and smaller roads.

If you are heading to Chicago, Detroit, Cleveland, Indianapolis, Louisville, or Lansing, there will likely be areas of light showers or drizzle through the afternoon. If you are using I-94 in Michigan, the Toll Road, or I-69 in Michigan, the threat of slick roads will exist as temperatures will be cold enough to support that light freezing rain threat. However, if you wait until 11 AM to travel, nearly everybody in the region aside from the northern half of Michigan will be above freezing. In fact, locations like Indianapolis, Cincinnati and Louisville will be in the 50s! 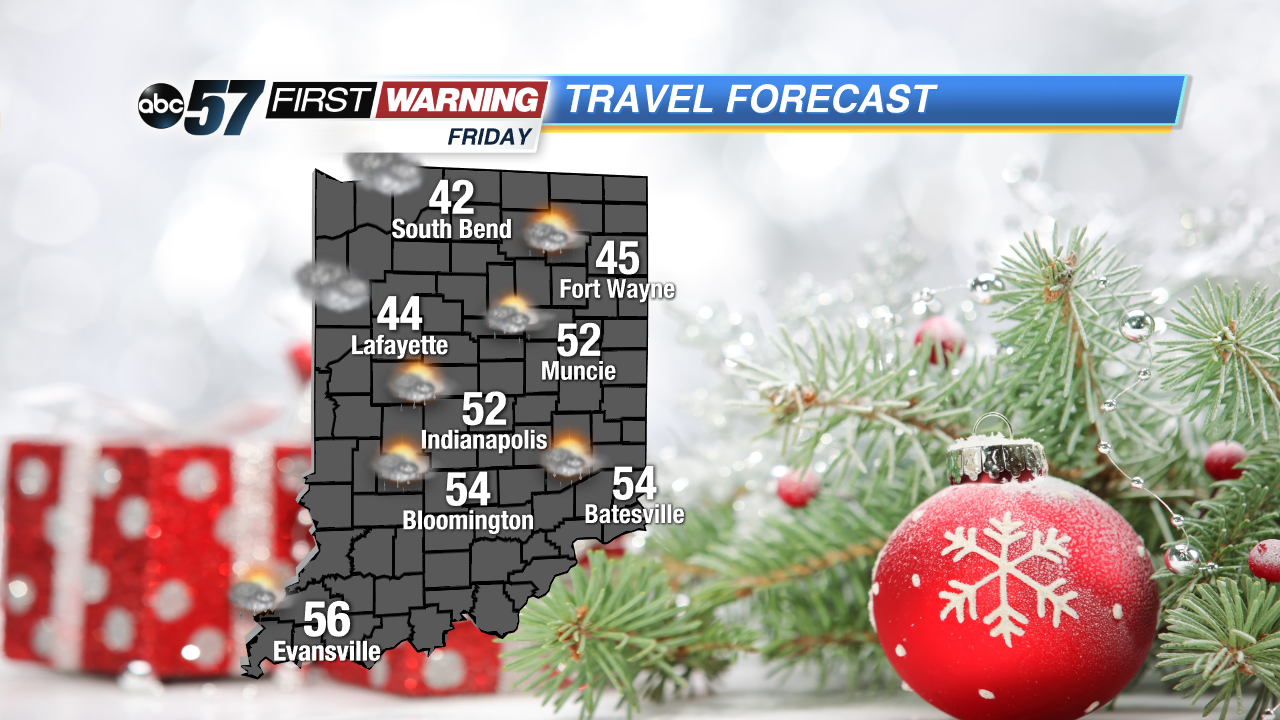 None of the precipitation that falls across the region will be particularly heavy. Any rain, freezing drizzle or mixed precipitation that falls will not amount to a whole lot. It's important to remember, though, that even a trace amount of freezing rain can lead to travel headaches because ice takes away all traction and leads to more accidents than snow, rain or sleet. Just keep that in mind if you're hitting the road tonight or Friday morning! A patch or two of ice could be present on area roadways!